The art lover arrived at 3 p.m., ready for his appointment.

But it was no gallery he was ushered into.

That would come later.

Instead, State Senator Adriano Espaillat visited the IDNYC Northern Manhattan Center on West 135th Street earlier this month to get carded – specifically, to apply for his municipal identification card, commonly known as the IDNYC card.

He wasn’t alone. Dozens of local residents were also at the center on Fri., May 8th, set to apply.

The Senator noted that the identification card is intended for all New Yorkers 14 years of age or older – regardless of immigration status. Applicants need to be provide proof of identity, such as a passport or a driver’s license, and proof of residency, such as a utility bill.

He said was important for all eligible residents to apply – and not only those presently lacking government-issued identification. “I have all my IDs,” said Espaillat. “But I think it is important to let other New Yorkers know that this program is still active and they can benefit from it.”

Launched in January 2015 by the de Blasio administration, IDNYC was intended to ensure that all New York City residents, independent of status, would share a common, official identification.

“To function, you need to have an ID and the city has provided this for that reason,” said Espaillat. “A lot of people are in the shadows.”

Cardholders can access city services and are granted admission to city buildings, such as schools and government buildings. In addition, the card is accepted at some financial institutions to open bank accounts and functions as a library card in all three public library systems.

Moreover, cardholders can sign up for free one-year memberships at 33 of the city’s attractions, which include museums, zoos, and concert venues. They can also enjoy some discounts on movie tickets, prescriptions drugs, fitness centers, supermarkets, among others.

Applying for the card is free during the first year of the program – until December 31, 2015.

Cards are valid for five years from the date the application is approved.

Which will give the Senator, a self-professed lover of culture, a lot of time to enjoy the many sights and sounds, of New York.

“I am a fan of art,” said Espaillat. “I always like to attend the events that the city offers.”

Nearby, local resident Carmen Hernández had an even more practical reason for submitting her application – a kind of card insurance.

“I lose my IDs a lot,” confessed Hernández. “If I lose one, I have the other.” 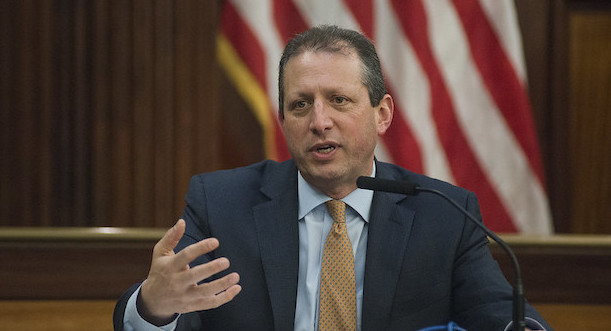