“We had been thinking about immigration reform, we were thinking about the possibilities of an Office of Immigrant Affairs,” said Choi, “but then we were slapped in the face with the reality of a President-elect, who, as a candidate, ran the single most anti-immigrant campaign in the history of the United States.”

The NYIC is organizing a march on Trump Tower by immigrants, elected officials and advocates for December 19.

“The March for Immigrant NY” will be held at Dag Hammarskjold Plaza, where NYIC members, joined by participants from dozens of partner organizations, will gather for a 1 p.m. rally, then proceed to march from the United Nations to Trump Tower.

The goal, according to organizers, is for New York’s immigrant community to send a clear message to President-elect Trump and his administration.

“We are here today to remind everyone that we shouldn’t make any case by instilling fear in our society. We are better than that,” said Congresswoman Nydia Velázquez
at a Thursday press conference at NYIC headquarters to announce the rally.

“It’s time to send a message — we are here and we will stay here,” she stated.

Choi said the reaction of NYIC’s members from the day following the election has been one of fear.

“Our communities are scared about what the future holds under a Trump administration,” he remarked.

However, immigrant advocates insisted that it is time to take a stand. Choi explained that the group has four demands for President-elect Trump — maintain the Deferred Action for Childhood Arrivals (DACA) program, which provides 50,000 New Yorkers work permits and other essential resources, protect immigrant communities from deportation, prevent the creation of a Muslim registry and support critical refugee resettlement programs.

“This is what we are marching for at the “March for Immigrant New York” on Sunday and we call on all New Yorkers to join us,” Choi said.

“We are standing here [from] every level of government, from federal to state and city,” she said. “We will stand up, we will raise our voices, to ensure that every man and woman in New York City feels that their government is doing for them what they should, which is to protect them.”

“On Sunday, the world will see we are a sanctuary city,” said City Councilmember Carlos Menchaca. “When Muslims come into this country, they bring their families, they bring their children, and that’s what people need to see.”

The “March for Immigrant New York” will be held on Sunday, December 18 at Dag Hammarskjold Plaza, on East 47th Street in Manhattan (between 1st Avenue and 2nd Avenue)

A rally will be held at 1 p.m. sharp, and the march to Trump Tower will begin at 2 p.m.

For more information, go to www.thenyic.org/march4immigrantNY.‎ 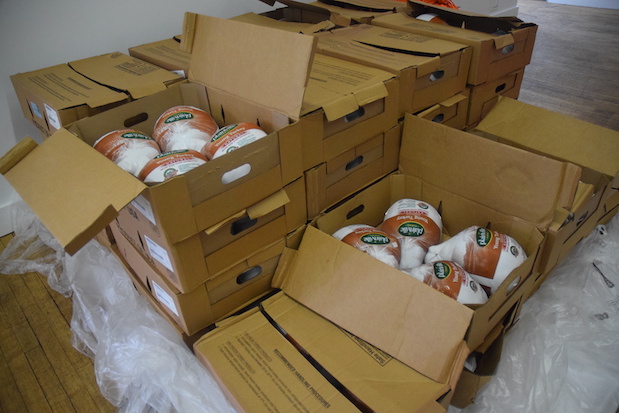