The holidays are here folks. Tis the season for spreading love! With that in mind, we have teamed up with the good people at Columbia Wine Co. (4038 Broadway) to make the holidays even better. From now until the end of the year, tell them the Uptown Collective sent you and get 10% off of your purchase of wine and spirits. Not only does Columbia Wine Co. have an excellent selection of wine and spirits and an experienced and knowledgeable staff but they also deliver. So you don’t even have to get dressed and go outside to imbibe in high style. So there you have it folks, stop by Columbia Wine Co. for all your holiday wine and spirits. Spread love it’s the Uptown way!

Artists Unite is looking for six original pieces of art by artists residing in Community Board 12 to be produced as posters and placed in the subway elevators at the A-Line 184th Street (181st. Subway Stop) and the 190th Street Subway stations. The deadline for submissions is Thursday, December 4, 2014 at midnight. This is a terrific opportunity to have your work seen by thousands of people.

The Food Warriors are back. The duo is kicking off their second season on Sugar Hill. The Food Warriors take a nuanced and quite funny look at the New Harlem/Old Harlem dichotomy. College student Matt desperately wants to join a frat but doesn’t have the “look.” So what does he do? He starts his own and recruits Juan Bago to help make his fraternity the coolest place on campus. Check out the latest episode of Ask Bago to see what happens to poor Matt.

Our weekly trip down memory lane that is the Time Travel Tuesdays column took us back to April 11th, 2003 for a look at the then burgeoning nightlife scene Uptown. The article written by the always-astute Seth Kugel describes the nascent lounge milieu that was just beginning to take shape.

Our Monday Mood Music selection comes to us from Chris Turner. The Oakland, CA born crooner filmed most of the video for Liquid Love in Fort Tryon Park. I had the distinct pleasure of catching Chris bringing down the house, alongside Kimberly Nichole, at Harlem Stage this past weekend. 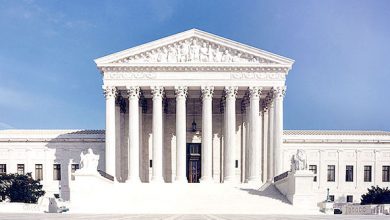