The whole brouhaha over the participation of Oscar López Rivera in the Puerto Rican Day Parade this year came to a head recently when Mr. Rivera himself decided to decline the honorary title and will participate in the iconic parade as a “humble Puerto Rican.” Please read his poignant piece in the Manhattan Times. This whole affair has highlighted the whole notion of national heroes and who gets to decide who they are. I am not Puerto Rican but I, like many Latinos, see this man as a symbol of self-determination and resistance to neo-colonialism. Que Viva Puerto Rico!

Giovanni Russonello of the NY Times gave us the great news that the Sonny Rollins Jazz archive is coming home to Harlem. The archive will be rightfully showcased at the Schomburg Center for Research in Black Culture.

Just in time for summer, the Dyckman Strip just got another upgrade. Opening next Wednesday, June 7 (261 Dyckman Street), Seawalk is dishing out some innovative seafood-focused fare in a seriously swank and sexy space. Helmed by Executive Chef Fernando Mayers, Seawalk boasts a modern seafood menu with a Mediterranean flair and an emphasis on sustainable ingredients. The show stopping space evokes a chic nautical vibe with a striking 500-gallon aquarium walkway. The restaurant plans to roll out outdoor dining and lunch and brunch menus in July. Let the summer begin…

Jeffery C. Mays of the NY Times reported on the disappearance of gas stations in Harlem and the gentrification that follows. Once again it’s on. The 2017 Uptown Arts Stroll has begun people. Please go to artstroll.com to find out all the cool stuff happening Uptown this month. Shout out to NoMAA for a simply incredible opening reception at the venerable United Palace this week.

That’s right people, the FREE outdoor summer cinema series, Film Works Alfresco is now in session! This curated film series will focus foremost on presenting independent and popular films with local relevance. Twelve free screenings will occur consecutively every Monday evening at dusk at Gaelic Field in Inwood Hill Park from June 5 through August 21 in 2017. The final episode of the season of the Latinos Out Loud podcast is a trip as always. Check it out ASAP!

"All are welcome"
"Todos son bienvenidos"

On the Matter of Milk
Sobre la leche 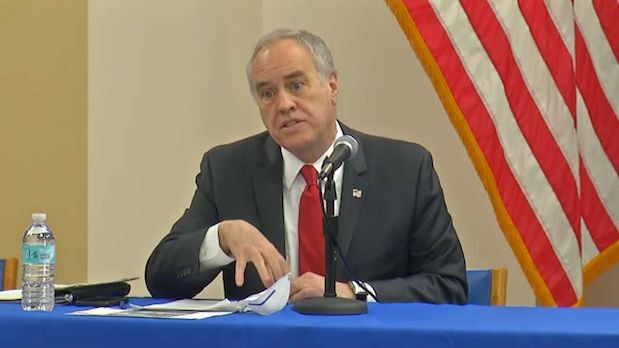