History in the holiday

There was more to celebrate this year, with two distinct holidays having converged on one day: Thanksgiving and Hanukkah.

Since Thanksgiving was proclaimed an official holiday in 1863, the two have come together only twice before.

This year, the first day of Hanukkah and Thanksgiving once again share a square on the calendar, on Thurs., Nov. 28th.

The merging of two holidays is generally received with mixed reviews. Some with a birthday around Christmas, for example, feel their day is overshadowed by Santa Claus and other conspirators. Others feel that their birthday is enhanced, as they are guaranteed that there will always be people about, all primed to celebrate.

In this instance, most seem to be looking to make the most of the only Thanksgivukkah, as it has come to be known, of the century.

“I think people are having fun with it,” said Rabbi Guy Austrian of Fort Tryon Jewish Center, as he drew comparisons between the two.

“They’re both holidays where people get together with friends and family; both holidays have their roots in violent encounters between people of different origins,” he said.

But giving thanks is a central theme of both holidays.

“Gratitude is a deep spiritual value; having an opportunity to amplify gratitude can only be a good thing,” said Rabbi Austrian.

Bringing different groups together is one of them, she said.

This year’s holiday events at the Nagle Y, she noted, demonstrated a successful syncretism of the two holidays.

Together with Catholic Charities and the Jewish Community Center, the Y held a food drive that assembled 760 food packages for local families. This year’s menu was a mix of Hanukkah and Thanksgiving fare. There was also a Thanksgivukkah event on Sun., Nov. 24 and a luncheon on Wed., Nov. 27th.

Katznelson said the events drew a diverse array of families, who shared in meals together and crafted menorahs made of squash, a Thanksgivukkah novelty.

Still, she shared some reservations.

“It doesn’t give you enough time to focus on both holidays,” said Katznelson. “Maybe everything doesn’t get its (own) due because it’s shared. I would like it if the calendar were more cooperative, but it’s not.”

Despite her rue, she was prepared to resign herself.

Some people are of the mind that Thanksgivukkah is silly—but has its draws.

“I don’t mind it, and it’s kinda cute. I’ll probably experiment with a sweet potato pancake,” said Elizabeth Lorris Ritter, a member of the Jewish Tabernacle. “But really, I’m just glad that I have my kids at home.”

And there’ll be opportunity for sharing more than a meal.

“We’ll be spending Thanksgiving with family friends who are not Jewish, and [they] will experience lighting a hanukkiah for the first time,” said Ritter.

A hanukkiah is a Hanukkah menorah.

Another aspect of the double holiday mash-up: an all-new lexicon of multi-syllabic words that have people a little tongue-tied.

For some, the worst thing about Thanksgivukkah is the word itself.

“I can’t say it,” said one source who wishes to remain anonymous. “I don’t know who thought it up—maybe Hallmark. But I’d like to kill them.” 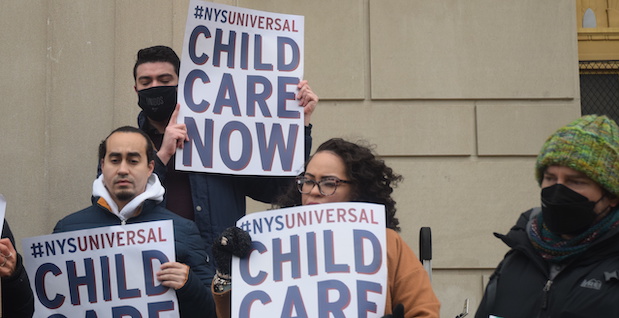 The Power of One El poder de una