One Book, One Barrio

Time to get everyone on the same page.

The El Barrio bookstore La Casa Azul just launched a yearlong program around one book, The Revolution of Evelyn Serrano, by Sonia Manzano. The novel is set in 1969, the time when an activist group, The Young Lords, organized “The Garbage Offensive.”

The book is based on real events that took place only blocks from the bookstore on East 103rd Street. In the book, and in life, the city’s Sanitation Department shirked trash pick-up in East Harlem. The Young Lords collected it, deposited it on Third Avenue and set it ablaze to call attention to the city’s neglect.

In the book, Evelyn’s grandmother becomes involved in activism and Evelyn discovers a newfound pride in her community and herself.

La Casa Azul’s “One Book, One Barrio” will allow for year-long programming in which readers can go much deeper than an ordinary book club selection. Readers can explore the book’s many themes—East Harlem history, growing up Latina, inter-generational family relations and Puerto Rican activism.

This book was perfect for the project, said La Casa Azul owner Aurora Anaya-Cerda. “It was a very easy choice,” she said. “It’s a topic that we want to analyze more, study more and use the context as a way to study more of our history.”

“One Book, One Barrio” is an idea based on a similar project started in 1998 by Nancy Pearl of the Washington Center for the Book in the Seattle Public Library. “If All Seattle Read the Same Book” sought to unite the community by participating in several different types of programs related to the same book. Since then, other libraries and communities around the country have adopted the idea.

“For me personally, it was one of my dreams in opening the bookstore that we could have one book, one story that everyone could get together around and have the opportunity to really delve in,” said Anaya-Cerda.

The program kicks off Sat., Jun. 7th, with a reading by author Sonia Manzano at the bookstore. The author is also an award-winning actress, best known for playing Maria, the first Latina character on Sesame Street.

Manzano grew up in the Bronx, but her grandmother lived on East 111th Street, directly across the street from the First Spanish Methodist Church, which the Young Lords seized back in the day. Her grandmother’s maiden name was Serrano and she lived with Manzano’s cousin Evelyn.

“Sonia Manzano is an incredible supporter of the bookstore,” said Anaya-Cerda. “And we’re very happy that her book is now available in paperback.”

The bookstore also plans to partner with a local library so people can read the book for free.

Future programs include a festival with music, dancing and piraguas, screenings of films about the Young Lords and a celebration of abuelitos on National Grandparent’s Day. 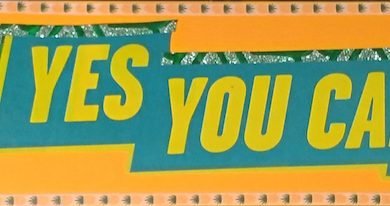