Mayor Michael Bloomberg is one person on his radar—and the two might be well on their way to developing a close friendship.

“It’s in the works,” said Vásquez.

Vásquez certainly got the ball rolling last week when he spoke at Gracie Mansion for the Expect Success Initiative.

The next day on Wed., Jun. 19th, he saw Mayor Bloomberg bright and early at the Harlem Renaissance Day of Commitment breakfast—an annual fundraiser and awards ceremony held by the Abyssinian Development Corporation (ADC) since 1995.

“The Harlem you walk through today is so much more than bricks and mortar, thriving business and condominiums. Harlem is looking for opportunities to develop, thrive and advance,” said Board of Directors Chair Rev. Calvin Butts. “For more than 25 years, ADC has served the ambitions of this community.”

Beyond developing real estate in Harlem, the ADC has founded and overseen workforce development and mentoring programs at many area schools, including Thurgood Marshall Academy for Learning and Social Change, from which Vásquez graduated this year.

Vásquez said the encouraging nature of the academy compelled him to get involved with several extracurricular endeavors, including the Young Men’s and Expect Success Initiatives, the Brothers on a New Direction (BOND) project and a four-year JP Morgan Chase fellowship for professional development.

“Most of my growth has come from being active in the tutoring and mentoring programs.”

Beyond Mayor Bloomberg, others honored at the Great Hall at Shepard Hall at City College were Harry Belafonte, award-winning artist and civil rights activist and Howard Schultz, Chairman, President and Chief Executive Officer of Starbucks.

Among those attending the breakfast were former Mayor David Dinkins and Manhattan District Attorney Cy Vance.

Mayor Bloomberg, through his work with the foundation Bloomberg Philanthropy, was commended for his community-building efforts.

“Some organizations and people complain, and some people actually do something about it,” said Mayor Bloomberg.

He spoke of the importance of contributing to society, either through charitable philanthropy, or getting in the trenches and dedicating one’s time to service.

“The people who live here push things together and make this the best city in the world,” he said.

Harry Belafonte was recognized for his humanitarian efforts, which include efforts to end apartheid and for his “We Are the World” hit single that sought to fund famine relief in Africa.

Belafonte has been involved in the ADC and its affiliate the Abyssinian Baptist Church since moving back to Harlem at the outbreak of World War II, in which he served.

“The [Abyssinian Baptist Church] has meant a great deal to me. It is a place I visited often in my youth, and where I met the movers and shakers of history.”

Belafonte also spoke of the changes made in part because of ADC’s efforts.

“Compared to when I grew up in Harlem, the field of education has made quantum leaps,” he said.

Coffee magnate Howard Schultz was unable to attend in light of the recent passing of his mother.

Vásquez has committed himself to the service of his community, crediting his strong relationship with his teachers as an inspiration.

“It’s a family-based relationship,” he said.

Soon after the mayor spoke, he and Vásquez had a one-on-one chat; both heads were bent in private conversation as they laughed.

Vásquez ended up with a keepsake most political strivers would vie for: the mayor’s business card.

Whether or not he makes use of the mayor’s contact information, Vásquez will put his education at Thurgood Marshall Academy to good use. Next year, he will be attending Bard College, from which he received a full scholarship. He was also accepted to Morehouse College and Howard University.

Mayor Bloomberg already seemed to have a plan for Vásquez .

“You should run for mayor,” he told him—before a dining room filled with potential backers.

Vásquez has not confirmed yet if a future mayoral campaign will be in the works.

To learn more about ADC and make a donation, visit www.adcorp.org. 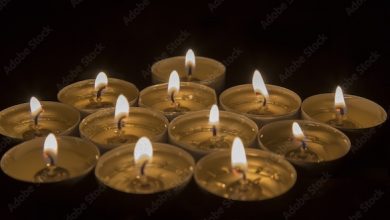 “I feel like nothing here”
“Me siento como nada aquí”