But nearly six decades later, Rolando and Lilia, both 82, say each has found the love of a lifetime.

“When I met him, it was like a Pandora’s Box,” laughs Lilia, reminiscing about that glorious Sunday in 1951, when Rolando Monal approached her for a bit of conversation, at a park in Güines, her hometown in Cuba. “Full of good things.”

The following Sunday, he once again traveled the 28 kilometers that separated San José de Las Lajas, his town, from the same park in Güines, to see her a second time.

But he was in no particular rush.

Indeed, it was not until the third consecutive Sunday visit that Rolando let Lilia know his intentions were serious and sound.

“Time is precious. We can’t waste any of it,” said Rolando, as to why he sought a commitment after only three encounters with Lilia.

The couple tenderly recalled the beginnings of their life-long love story from the comfort of their Washington Heights apartment just a few days before the New Year.

Lilia has been recovering from a bacterial infection that afflicted her during the first half of 2014, and brought her to seek care from several hospitals before being admitted to Isabella’s short-term rehabilitation facility.

The arrangement was possible because the apartment building in which the Monals reside, at 17 Ft. George Hill, is part of a Naturally Occurring Retirement Community (NORC). a multi-age housing development not originally built for seniors but now home to a significant number of older persons.

At 17 Ft. George Hill, together with the 11 Ft. George Hill and 45 Fairview buildings, all residents age 60 and older are entitled to participate in a host of social and wellness activities, as administered by the Fort George VISTAS NORC program. The initiative is a result of a formal partnership between the buildings’ Board of Directors, Isabella, and the senior residents, funded in part by the city’s Department for the Aging and the state’s Office for the Aging.

Isabella staff facilitated Lilia’s admission for therapy and also arranged for a home health aide 3 hours a day, 5 times a week to help Rolando handle his responsibilities at home.

“It was a long process,” explained Yaneza Cruz, a social worker at Ft. George VISTAS NORC. “During that time there was a lot of anxiety going in the house.”

His wife was ultimately transferred to Isabella’s short-stay rehabilitation facility, a few blocks from their home, where she received care from March through June.

“He visited me every day, from 9 to 1 and 4 to 7,” said Lilia, proud of her husband for not missing a single visit.

When away from his wife, he also had plenty to do, with recreational activities such as yoga, bridge club, bingo and seated Zumba offered by Ft. George VISTAS NORC.

“Our activities are focused on fostering relationships,” said Miriam Colon, Programs Manager. “When people are isolated, they tend to neglect themselves.”

To minimize isolation, NORC residents are encouraged to keep an eye on their elderly neighbors, and to report any unusual activities or behaviors, so that appropriate services can be provided as needed.

“NORC is a bridge to services,” said Colon.

The support is intended to help expedite bureaucratic processes that might otherwise prove daunting or onerous.

But what proved a real challenge for Lilia was being away.

Though her team of doctors, nurses and aides at Isabella was “wonderful,” she admitted that she could not help but cry each night as the end of visiting hours neared, and Rolando would gather his things to leave.

She was thrilled to follow him to their home of 22 years in late June.

And they had plenty to celebrate this December.

At Christmas, the family indulged in a traditional Cuban feast of pernil (roast pork), moro (rice and beans) and yucca, shared with their daughter Mirna, who traveled from New Jersey to visit.

The meal, as with all things between them, was about teamwork.

“She directs, I do the manual part,” said Rolando, confessing he can barely make a meal on his own.

Lilia can no longer stand by the stove for long periods of time, so she cooks while seated,  tasting the food as it is prepared, instructing her husband on ingredients to add, and determining when all is ready to be served.

Seeking the secret to their longevity together?

Love and communication – for dinnertime and in all endeavors – are crucial, they say.

“We have our differences, because we are different people,” said Rolando. “But love, patience and the desire to resolve, comes above everything.”

“It is love above everything,” added Lilia. “Even if he does something that I don’t like, love surfaces at the end.”

“I ask God to give me health so I can live a little longer to share with my husband and daughter,” said Lilia.

Those close to the couple say that they are founts of inspiration.

“Theirs is a beautiful story,” beamed Colon. “It gives you hope that that kind of love exists.” 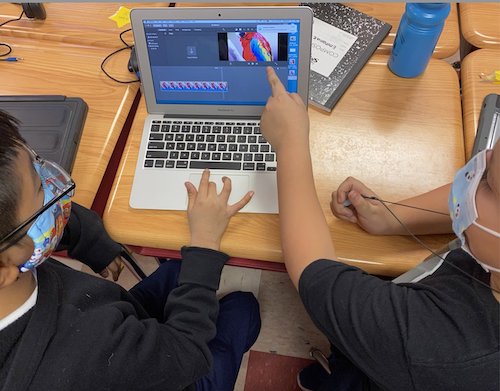