They were the last to be first.

Students at Gregorio Luperón High School on 165th Street will have the distinction of being among the last group of students greeted by Mayor Michael Bloomberg on the first day of school.

The Mayor, who has made a tradition of visiting city public schools on the first day, came to the Washington Heights high school bright and early to greet students and deliver a “Welcome Back” speech.

The three-term incumbent, who has served as Mayor for most of the students’ lifetimes, was philosophic, and looked back on his academic career ruefully.

“I was not a great student. I was a C student; I made the top half possible,” he admitted to the students this past Mon., Sept. 9th.

But that did not stop him, nor should it stop other students, said the Mayor, who said he had been inspired by the help of a special teacher in high school.

“Don’t give up. Keep at it. It’s the only way for you to succeed,” he said. “My advice, as someone who will be unemployed soon, is you gotta work hard.”

Valerie Hepner, a social studies teacher who joined the staff at Gregorio Luperón in 2008, has been teaching for 20 years.

“I’m looking forward to teaching a new group of students,” she said. “It’s like family here; the students feel very close to us.”

“We are family. We’re all united,” she said from her post behind the counter at the front office, where she volunteers her time during her free periods.

Brailinson Disla, also a senior, was at the office, but for a very different reason.

He had been signed up for a pre-calculus class, and wanted to transfer.

Disla had already taken pre-calculus classes at Lehman College and City College during the summer.

“I want to take calculus [now],” he said, earnestly.

Disla, who enjoys science, technology, engineering and math classes, expressed his desire to work in aviation.

“When I see airplanes, I’m fascinated.”

He said he was surprised by the Mayor’s revelation that he was a C student, but he thought there was an important message there.

“You don’t have to be the superstar of the school to achieve what you want,” he observed. “But you do need perseverance.” 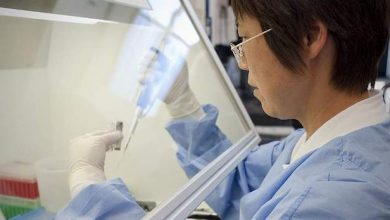