Why I Am Running Sal Albanese served as a City Councilman from 1982 and 1997, defeating in his inaugural election a 21-year incumbent and Republican-Conservative Minority Leader. He won re-election four times, representing the people of southwestern Brooklyn. For the past fifteen years, he has worked in the private sector in the legal and financial field. For the last nine years, he worked for Mesirow Financial and held the title of Managing Director. He lives in Bay Ridge, Brooklyn with his wife of 40 years, Lorraine. They have two daughters.

When I was eight years old, my family immigrated to New York City from Italy. My sisters and I grew up in a working class neighborhood in Brooklyn, where my mother raised us on a garment worker’s salary. The public schools, the libraries, and sports programs that the city provided helped elevate my family from the working class to the middle class.

I’m running for Mayor because I want future generations to have the same opportunities that I had, but I’m worried that our political system is letting them slip away.
For the first time in years, we have a real choice in this election. We can select from a group of professional politicians who spend more time at cocktail parties than listening to their constituents, or we can choose a clean break. We can elect someone who is not a career politician, who has a record of independence, who has raised the wages of workers, and who has taught in our classrooms.

I spent eleven years as a public school teacher, so I understand education from the ground up. I spent fifteen years as a reformer on the City Council, where I authored the city’s first living wage law, impacting 70,000 workers and putting $3 billion in their pockets.

As your next Mayor, I’ll fight to make sure that every neighborhood is safe. To combat local crime, I will hire 3,800 more police officers and assign them to community patrol. When police know community members, they can rebuild trust and focus their efforts on real troublemakers rather than law-abiding citizens.

As a former teacher, I’ll make education my top priority. While we all agree that we need to stop closing our schools and teaching to the test, we’re missing the boat if we don’t focus on the root cause of our failing schools: poverty. I plan to launch pediatric wellness centers in low-income communities across the city, where teachers, doctors, and parents work with kids from 0-3 years old to ensure that every child enters Kindergarten on an equal footing with their peers. I’ll also bring all of our early childhood education programs under one roof, a Department of Early Learning, so that parents do not have to scramble every year to find the resources they need for their children.

While education and public safety are key, affordability is the single biggest problem facing New Yorkers. That is why I will focus on creating jobs that actually pay the bills. By investing in our infrastructure, bringing small manufacturing back to the five boroughs, and working with companies to ensure that new positions are filled by New York City residents, we can create tens of thousands of living wage jobs.

But to accomplish any of this, we need a government that works for its citizens and a Mayor that has political courage. Right now, we have a government soaked in big money and politicians handcuffed to special interests. I want to be a different kind of Mayor. I want to make decisions on the merits. I want to tell the truth, even when it’s politically risky. I want to put the people in charge of City Hall. With your help and your votes, we can get to work doing just that!

Schooled in medicine, poised to soar 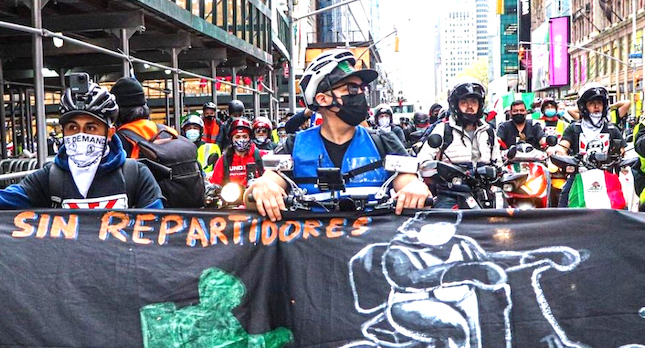