A Miracle in Spanish Harlem made its debut at select theaters on December 6th. The film is a magical romantic drama following the life of Tito Jimenez, a widower and father of two girls. Despite holding down two jobs, Tito has trouble providing for his family and has lost his faith. The super gifted Luis Antonio Ramos plays the role of Tito.

“In Memory of Nelson Mandela / 1918-2013 / He changed our world” reads the marquee of the Apollo Theater in Harlem on the evening of December 5th, 2013. Our good friend Peter Cooper captured the sentiments of Harlem residents on the night that Global icon, Nelson Mandela, made his transition. We also posted a poignant poem dedicated to the fallen giant from the Hood Poet Laureate, Lemon Andersen.

Introducing Hood Underground (HUG), the first ever Emo Hip-Hop Rap group. The lead rapper, Shades of Gray, has a passing resemblance to Uptown’s own Juan Bago. We also posted the awesome new video from Dubwork, Please, which was ably directed by Fred Focus. Our Uptown Poetry post featured another piece of verse from K.R.M. entitled Home-Wrecker.

A Hip-Hop Nutcracker in Washington Heights transplants the classic holiday story to the neighborhood of Washington Heights to create a new holiday classic. Set to The Nutcracker by Peter Ilyich Tschaicovsky but remixed and re-imagined by DJ Boo, violinist Filip Pogády and MC Audubon, co-star and co-producer of MTV’s Washington Heights. It all goes down at the United Palace on Tuesday, December 17th at 8pm.

Why Not Reimagine Life, Even Work? 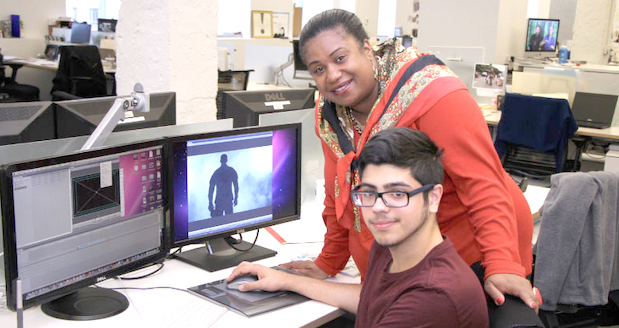