After making history in June with a victory in the Democratic Congressional primary, forging a path to become the first Dominican to serve in the U.S. Congress, Adriano Espaillat helped two Dominican women make history of their own in Tuesday night’s state primary election.

Marisol Alcántara is poised to claim Espaillat’s open seat in the 31st District of the State Senate after edging out Micah Lasher and Robert Jackson in a tight race, while Carmen De La Rosa earned a resounding victory in her bid to represent the 72nd Assembly District.

For Alcántara, who was participating in her first political campaign and was little known by many voters at the outset of the race, the victory was a historic one, as she becomes the first Dominican woman to serve in the State Senate.

The primary winners are all but assured a general election win in November in the overwhelmingly Democratic district.

Both women were cheered wildly on Tuesday night as they took the stage during a victory party at 809 Bar and Grill in Inwood.

“Because of you, there will once again be a Latina in the New York State Senate,” Alcántara told supporters.

“The Senate needed a little bit of spice,” she remarked.

“Over the past several months, we’ve knocked down barriers, we’ve made history, and taken this community forward by leaps and bounds,” added De La Rosa.

Community Board 12 Shah Ally suggested that the primary races were good for the community, as they featured a diverse group of candidates that educated residents on various issues.

“I think the community won,” he remarked. “At the end of the day, we all won, because we have two leaders who have already shown their commitment to serving the community.”

The evening witnessed the defeat of two candidates with long careers in Northern Manhattan politics.

Many considered Jackson, a three-time City Councilmember who narrowly lost a bid for the same seat against Espaillat in 2014, as the presumptive favorite in the Senate race. Throughout the campaign, Jackson routinely touted that he was the only candidate with previous legislative experience.

Linares, who served two terms in the Assembly and three as a Councilmember, and was the first Dominican elected to public office in New York City, failed in his attempt to hold onto his Assembly position.

The primary loss to De La Rosa capped a painful summer for Linares, who in June was also defeated in the Democratic primary for New York’s 13h Congressional District won by Espaillat.

“I think they want to see people who are willing to stand up and fight for their needs,” she said.

In announcing his support for the candidates in July, Espaillat called 2016 “the year of the woman,” a comment that proved to be prophetic on Tuesday evening.

The victories by Alcántara and De La Rosa underscored Espaillat’s political strength in the district and ability to encourage Latino voters to the polls.

On Tuesday evening, Espaillat praised Alcántara for her passion and called her “someone who’s concerned about people trying to make ends meet.”

Alcántara thanked the elected officials and unions who endorsed her, and singled out State Senators Jeff Klein and Diane Savino, both members of the Independent Democratic Caucus (IDC), a group of breakaway Senate Democrats that has teamed up with Republicans to control the chamber.

“They took a chance on a little brown immigrant girl from Northern Manhattan,” said Alcántara, whose alignment with the IDC has some Democrats concerned it will be more difficult for the party to take control of the Senate.

So far, Alcántara has not confirmed whether she will sit with the IDC.

Community members gathered at the victory party acknowledged the ramifications of the Latina duo emerging victorious.

“I think for the immigrant community, for the Latino community, and for New York City at large, I think it demonstrates what we can do when we come together and say ‘this is what we want,’” remarked Lucia Gomez, director of organizing at union Local 78. “We decide who we want to represent what our voices are about.”

“Tomorrow, we begin a new day in Washington Heights, Inwood and Marble Hill,” said De La Rosa. “And the halls of Albany will never be the same.”

The Fight at the Fort
La batalla para salvar ARC 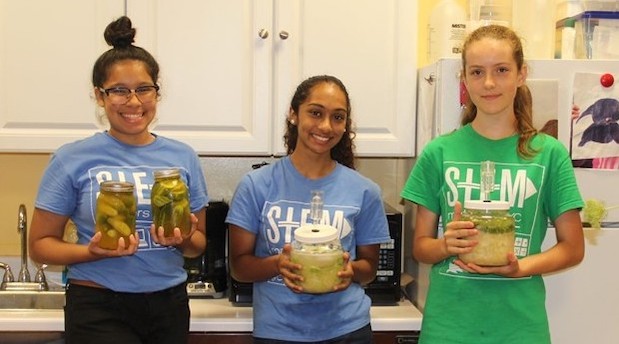 “We all stand together”
“Todos estamos unidos”