A temporary amusement in the park

If local residents were left scratching their heads this past Friday afternoon as they strolled past or jogged in Inwood Hill Park, one can only imagine what the Lenape might have thought.

In the same green land in which it is presumed that the native American Lenape tribe purchased Manhattan, a miniature theme park had sprung up, complete with rides and an inflatable slide.

But this amusement was not open to the public, however.

Instead, it served as the set for Golden Boy, a Warner Brothers-produced crime series based in New York City.

The ephemeral theme park was erected at the edge of Inwood Hill Park’s forest, near the salt marsh.

Joggers and dog walkers alike were shooed away from the site, but didn’t seem perturbed.

“I think it’s great. I have no problem with it,” said Colleen Murphy, who said she saw the crews come in at early morning hours.

In fact, Murphy, who sells sea chimes made of shells culled from the beach by La Marina, saw the filming as a business opportunity, and said she would bring out her merchandise to sell at the park when production came the following day.

“I think it’s good for the neighborhood,” she offered.

Inwood Hill Park was not the original intended site for filming.

Bill Ahearn, a location assistant for the film, said it was Plan B after Sandy ravaged Far Rockaway and Coney Island.

And beyond changing the location, Sandy was also responsible for changes in the script. Several Coney Island references and dock scenes had to be nixed to adapt the script to Inwood Hill Park—which, with its lush forests, hills and dales, is perhaps the topographical antithesis of Coney Island.

Nonetheless, Ahearn was happy to be in the park.

He had been in Inwood several years before, when he helped film an episode of CSI at Columbia University’s stadium.

“It’s been a while since I’ve been [back],” he said. “I’ve been pleasantly surprised.”

The crew of Golden Boy spent the day in the park, and feasted in a giant white tent that sat in the middle of the baseball fields.

The cast and crew of Golden Boy also made an unofficial tour of essential neighborhood landmarks, filming at the Piper’s Kilt, and the docks at La Marina. 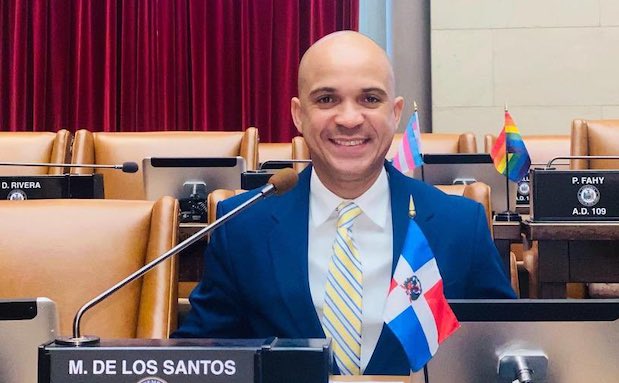