The Trump Revolution was consummated on January 20th. In an ominous speech that was partially written by self-avowed White Nationalist Steve Bannon, Trump continued the lies, faux populism and fear mongering that was a hallmark of his campaign. It was a dark day for this country and the entire world. The very next day, January 21st, the Resistance responded. Millions of people across the country and the globe came out to show their displeasure and disgust at the direction this country has taken. The long road ahead will not be easy but the sheer numbers and tenacity of the people that took part in the many manifestations around the globe indicates that the battle has been joined on both sides. The Resistance will not be silenced!

Emily Raboteau wrote a great piece for The New Yorker on the Black Cowboys exhibit at the Studio Museum in Harlem. The history of Black Cowboys and the role of Black people in settling the Old West is a fascinating but sadly forgotten story. Kate Taylor of the NY Times penned a must-read piece on how segregation is alive and well in New York City’s schools.

Jeremy Gerard of Deadline gave us the great news that hometown hero Lin-Manuel Miranda is in contention to become the youngest member of the elite EGOT (Emmy, Grammy, Oscar, Tony) club. Luis A. Miranda, who is the father of Lin-Manuel and quite the accomplished man himself, gave us a personal and poignant take on the EGOT distinction in The Manhattan Times.

Did you know that outspoken athlete and activist Colin Kaepernick was Uptown recently? Mariela Regalado filled us in on the details on Colin’s trip to spread knowledge and love Uptown. The good folks at CHALK are offering mini-grants to local groups that have initiatives that promote healthy lifestyles for the children and the families of Uptown. There will be two Info Sessions on Tuesday, February 7, 2017. Applications are due on March 3, 2017 at 5 p.m.

In this week’s episode of the Latinos Out Loud podcast, Juan Bago and Rachel La Loca talk to the one and only Loopy Blogger. They discuss everything from the New York Knicks to out of body experiences to the question every Latino has asked at some point in their life. Is Walter Mercado God?

Everyone deserves to be counted
Todos merecemos ser contados 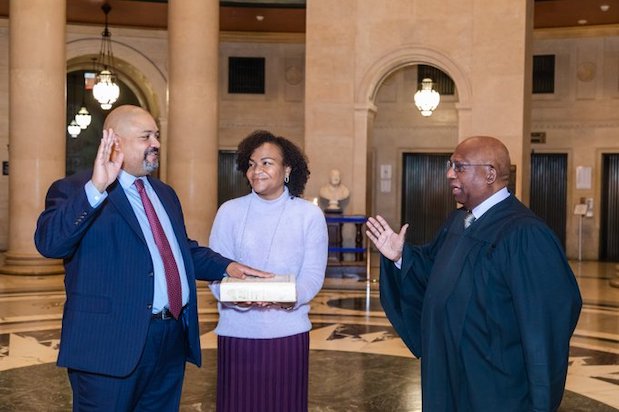