Centralia will have its Broadway debut.

Centralia often performs at People’s Improv Theater, but the pop up gallery at 4857 Broadway is an entirely new venue for the group.

“We don’t know how we are going to be affected by it,” said Kevin Scott. “Because we are improvisational, we design our show based on the moment—how we feel right now, in Inwood, in an art gallery, next to a sneaker store.”

Scott and another member, Matt Higgins, both live in Inwood.  They met years ago, working at Sesame Place. “We were performers—doing kind of what we do now—but that was for kids. Now we do it for grownups.”

Northern Manhattanites know Higgins from UP Theater Company and performances in K Comma Joseph and Broad Channel. Before that, Higgins studied acting and did stand up in Philadelphia. Scott followed him into stand up and later joined Chicago’s Second City.‎

When Scott eventually moved to Manhattan, he quickly ran into Higgins on the street. They understood it was a sign they should be working together.

Their original group was called “Burn Manhattan.” They liked the name’s fiery feel. They specialized in long form improvisation.

A lot of improv is based on short skits and, when it works, it’s funny because it’s spontaneous and surprising. More than just a collection of skits, long form attempts a higher goal.

“Because you have more time to be theatrical, long form improvisation is less of a comedy experience and more of a theatrical experience,” Scott said.

Audiences watch the performers in process of creation. “The product is the process, so you can use that process for any goal,” Scott said. “You’re never going to improvise something like a Eugene O’Neill play, but there’s no reason you can’t attempt it.”

He added that bad improvised drama can veer into self-serving and melodramatic territory.  They keep that in check by not taking it too seriously.

“We are also aware of what we are doing is a little bit of a stunt. We don’t hide that we are improvising,” he said.

Like Higgins and Scott, member Jay Rhoderick is from Pennsylvania. He founded the Pig Iron Company, a Philadelphia regional theater.

The fourth member of the group Patrick McCartney was also at Second City. His class included Tina Fey and Amy Pohler. He later worked with the Upright Citizens Brigade (UBC).

While the group had other members come and go, these four have been together for several years. All have studied acting and worked in theater, which gives them a deeper well to draw from. “You can pull from Pirandello, Bertolt Brecht or August Wilson,” Scott said. “And if you’re with a team of people who all share that experience, you can go there.”

That shared theatrical vocabulary lets them go deeper and farther than most short-form improv groups. The team is also tight from having worked together for a long time. “I know what delights Matt, I know what’s going to make Jay laugh, and so I can go there for them much quicker,” said Scott.

The group got its current name after Higgins showed them a 2002 New York Times article about an almost completely abandoned Pennsylvania mining town. The fire started more than 50 years ago, and spread subterraneously through hundreds of acres of anthracite veins under Centralia, emitting noxious fumes and occasional flames. It continues burning to this day. Nearly everyone left long ago, but a handful of people remain. The article quoted one resident, “There are stayers and there are goers in life, and we are the stayers.”‎

Higgins found nobility in the idea that even though your town is on fire, you would stay behind and look after it. He told his fellow players, “We are the stayers.”

“There’s nothing left”
"No queda nada"

I Have a Dream
Tengo Un Sueño 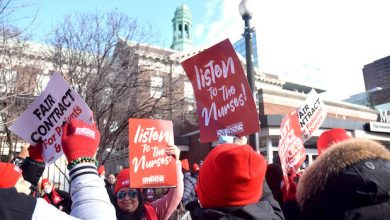