Harlem Haberdashery: At the intersection of heritage and style

Stepping into Harlem Haberdashery provides a heady dose of all three.

Situated on Lenox Avenue, between 122nd and 123rd Streets, the boutique on the ground level space of a majestic brownstone is precisely where you can get your style on.

“We all own Harlem Haberdashery,” explained Bernard Wood of his family and its work. “When we were thinking of retail size for our business, we knew that we wanted it to have heritage. We are all from Harlem.”

As one would expect, the establishment is beautifully appointed with black painted walls are a sharp contrast against ornate red crystal chandeliers.

Accessories are displayed within gold birdcages.

Perfectly hung gilded frames include black and white photos of the family’s grandparents and great grandparents, along with a few other notables such as President Barack Obama and Duke Ellington.

There are many others featuring many utterly dapper men and women from Harlem’s heyday.

The Haberdashery is a family business rooted in local culture and family ancestry.

It also keeps a close watch on the future, and its team is using its clout to bring forth lesser-known designers into the spotlight with its weekly in-store event, Tastemaker Thursdays.

“This is really a play on the lifestyle of looking good and feeling good,” said co-owner Sharene Wood. “We feel that Tastemaker Thursdays is an opportunity for emerging designers to give the public the best of both worlds.”

Every Thursday, a new undiscovered designer is placed front and center at Harlem Haberdashery.

This past Thurs., Jun 21st, it was Poetik Designs’ turn.

The firm featured a line of urban wear, with an exclusive edition “Harlem Style” t-shirt.

Nicholas Jones, head designer for Poetik Designs, hails from Mississippi, and said he’d found his the home of his heart in Harlem and in fashion.

With its catchphrase, “Where style speaks,” Poetik Designs aims for those with an open mind and an open heart.

“This is about positivity. This is about doing something to support people’s dreams, because if you’re not supporting dreams what are you doing?” asked Jones very matter-of-factly.

The reception also offered patrons a generous hors d’oeuvres buffet, with macaroni and cheese and yams, a wine and candy bar, and delectable mini cupcakes.

There was also, naturally, a red carpet.

“I completely enjoyed this event,” said Ebony Kelly. “As a designer myself, I know the importance of getting your name out and being around positive people doing positive things.

Kelly is currently working on her own fashion line, Ebie by Ebony Kelly, and doubles as a fashion stylist. “It’s great that there is a place in Harlem that we can go to for events like this.” 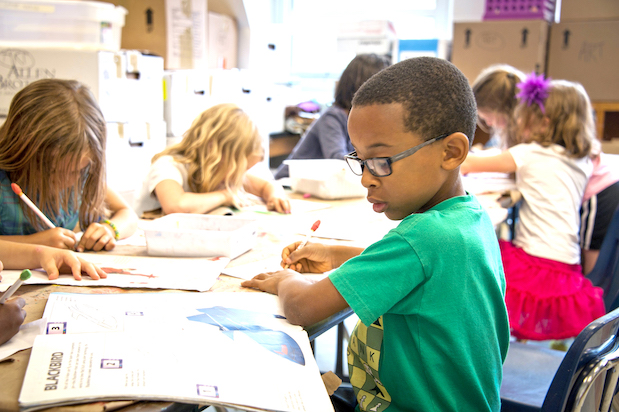