With reports of young suicides linked to bullying on the rise and recent New York legislation obligating schools to investigate cyberbullying, Yeshiva University’s Wurzweiler School of Social Work hosted an advance screening on Mon., July 9th of “Bullycam: The Video Diary of Kelly Wilson,” a feature film from the perspective of a bullied high school student.

Nearly 100 people from across the New York area came together on the Wilf Campus to see the film, which was presented in collaboration with the Museum of Tolerance New York.

“Bullycam”is a fictional narrative which purports to be the camcorder diary of Kelly Wilson, a teenager seeking to expose the bullies who torment her by capturing their abuse on video with the help of her best friend.

The film is the feature debut of New York City filmmakers Brian Sizensky, Mike Marshall and Vera Hadzi, and has won awards at the Metropolitan Film Festival, NYC Independent Film Festival and the Buffalo/Niagra Film Festival.

The film has not yet been released to theaters.

“Bullying is a timely issue for social workers and all New Yorkers, with numerous incidents occurring right here and around the world,” said Wurzweiler Dean Carmen Ortiz-Hendricks. “‘Bullycam’sheds light on the realities of high school bullying in a way no film has ever done before, from the vantage point of the victim.

The movie has tremendous educational value and the power to motivate all of us to fight for more humane and welcoming environments in our children’s schools.”

The screening was prefaced by remarks from bullying expert Dr. Rona Novick, director of the Fanya Gottesfeld Heller Division of Doctoral Studies at YU’s Azrieli Graduate School of Jewish Education and Administration and a senior fellow at YU’s Institute for University-School Partnership, as well as a creator of the BRAVE: Bullying Reduction and Social Leadership Development Program.

Novick spoke about her research in the field and the way bullying has evolved in recent decades to encompass a wider age range and more physical and emotional torment in girls and boys, as well as new forms of abuse, such as cyberbullying.

“Cell phones, the internet and various handheld devices give students endless access to acts of cruelty which can not only be perpetrated at a distance with enormous speed and breadth, but are lasting and enduring and haunt their victims in ways old fashioned taunts just couldn’t do,” said Novick.

She added that many bystanders who observe bullying underestimate their own importance or ability to impact the situation. “We are all witnesses to the social discourse around us and how we respond, or fail to respond, shapes that environment.”

The screening was followed by an emotional question-and-answer session with the film’s director, writers and cast members, who touched on “Bullycam’s” inspiration and style as well as their hopes for the project, and shared a few things they had learned about bullying in making the film.

“I’ve heard people say you have to get beat up, that’s what bullying is,” said Sizensky. “I think a lot of kids are sending text messages and Facebook comments and don’t realize that they have long term effects. With the internet and technology as weapons, emotional bullying can be just as severe as physical bullying and virtually unstoppable.”

Audience members also shared their own painful tales of hurt and tragedy, and wondered together how to fight the phenomenon in schools.

“I have known about the issue of bullying for awhile, especially after Wurzweiler presented its bullying program for Common Day this spring, but I was unaware of its dangerous and deadly consequences,” said Andrea Chapman, a Wurzweiler student. “[This]has inspired me to take an active role in bullying prevention and awareness as I prepare for my upcoming field placement in a public school.”

“The fight is not over” 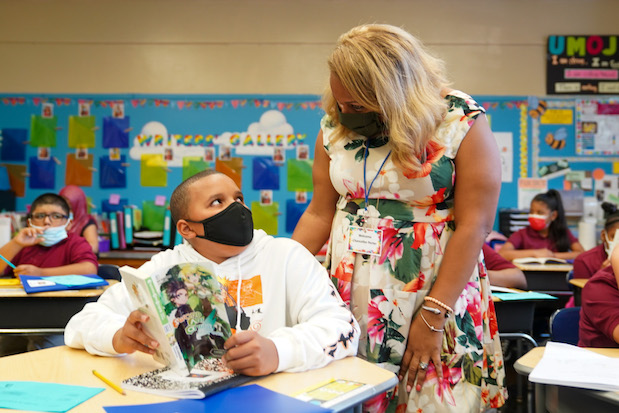