When you wish upon a knish

Baseball season may be winding down, but the chance to enjoy a ballpark style hot dog endures.

Loeser’s Kosher Deli in Kingsbridge has this American delicacy from Hebrew National year round.

Fredy Loeser, who opened the store with his father when he was 17, has seen many interesting toppings in his time.

“People will put anything on it—onions, mustard, mayo, catsup, sauerkraut,” he said.

But the most unusual – and savory – preparation might be the Knish Wish, which is found exclusively at Loeser’s.

A knish, a classic snack food of Jewish cuisine, is a fried or baked dumpling that is stuffed with a filling, such as mashed potato, meat, cheese, onions, and vegetables.

It can serve as a quick bite or can satisfy as a full meal. Knishes can often be bought from street vendors or butcher shops – and you can definitely find them at Loeser’s.

Thanks to Loeser’s daughter, Pamela Loeser-Halpern, you can savor the knish with a little something more.

The Knish Wish is a hot dog sandwiched within a knish, and topped with sauerkraut.

It first occupied a place on the menu 30 years ago, when Loeser-Halpern invented it.

“The deli sells so many knishes and so many hot dogs,” explained Loeser-Halpern. “One day we decided it would be great if you could order any knish with a hot dog.”

Loeser’s Deli has certainly stood the test of time – and taste.

To celebrate the 60th anniversary of the store’s opening three years ago, hot dogs were sold for fifty cents—the cost of a dog when it first opened.

The event drew the attention of Congressman Eliot Engel, who lauded the deli’s delights to the House of Representatives.

That memo and other proud artifacts from decade in the business can be seen on the wood-paneled wall of Loeser’s Deli, which also features old print articles, family photos, and a montage of snapshots with bold-faced names.

On the wall, Loeser speaks with Hillary Clinton, is serenaded by Cher, is embraced by Charo, and stands side-by-side with Mayor Bloomberg.

Loeser has been given the moniker “King of Kingsbridge Knish”.

There is much more to choose from at Loeser’s, known too for its latkes and its pastrami (which can also be enjoyed on knishes).

No matter how you eat it, Loeser’s pastrami is considered by aficionados as some of the best in New York City.

Jannis Johnson, a Kingsbridge resident, can attest to its caliber.

Johnson recalled her first experience at Loeser’s Deli as a serendipitous one.

“I was walking around the neighborhood and smelled the pastrami,” she recalled.

She found it impossible to go on her way without sampling it.

And now she is hooked.

“I really don’t know, but kosher pastrami just has that special taste. When you’re raised in the Bronx its something you grow up on,” she said. “It takes you back to the days of yore.”

“It’s the quality,” said Loeser, of the kosher pastrami.

He offers that as part of the explanation for why the shop remains as one of the last two kosher delis in the Bronx, when others have disappeared.

“The friendly atmosphere [too],” he said. “I treat everyone well and I’m very gracious.”

“And I’m good-looking,” he said with a chuckle.

An unbiased onlooker agreed that it has everything to do with the deli’s namesake.

“He’s been there,” affirmed daughter Loeser-Halpern, “[He’s been] feeding all those bellies and touching all these lives.”

What to Pack – The Hospital Bag 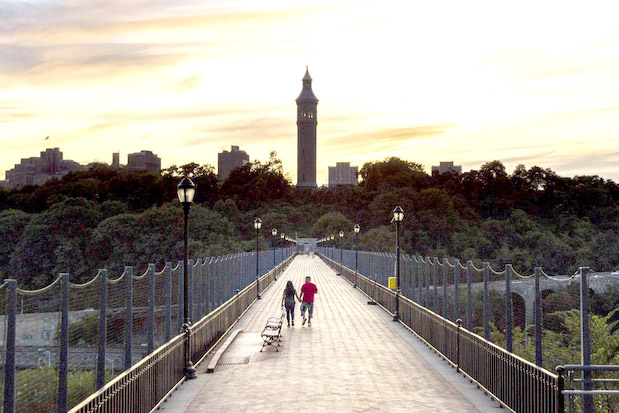