We must all do our part

President of the Hispanic Federation

The major party conventions are over.

The Presidential campaign of 2016 is now firmly underway.

And, the truth is that never have I been more worried about an election than the one we will hold on November 8th. The reasons for that are clear: Never has there been an election when so much is at stake for our families, our communities and indeed, our nation.

As the leader of one of the nation’s leading Latino organizations, I know that the candidates for the presidency understand that their success in November will depend, in large measure, on whether Latino voters head to the polls or stay at home. Last year, as the primary season was getting underway, I looked at some of the key issues that matter to Latino voters and how candidates needed to address them in order to get Latino voters on their side. With approximately 100 days left before Election Day, it’s important to revisit some of these issues and remind ourselves—and the candidates—what really matters this campaign season to Latino voters.

Education: There is no issue of greater importance to Latinos than education and our community of voters understands that, by and large, our public schools are failing to prepare their children for academic and career success. Sure, educational attainment rates are improving but too many of our kids are falling through the cracks, dropping out, and are on the margins of the national economy. Latinos are looking for a president who will commit to large-scale interventions to improve their

children’s education, including the implementation of universal Pre-Kindergarten in cities across America and a plan to invest much greater resources to improve teacher education, access and quality of English Language Learner (ELL) programs, enhance after-school programming and advance community school models. They are also looking for a candidate that will address the college affordability crisis by significantly lowering college tuition rates and partnering with universities and community-based organizations to invest in college retention programs for at-risk students.

Immigration: As we approach the end of the Obama presidency, one of our greatest regrets is the failure of our leaders in Washington to craft a comprehensive immigration reform program. Instead, these last years have been defined by historic levels of deportations of undocumented immigrants—a policy that has torn apart families and communities. In an attempt to circumvent the intransigent opposition of Congress to any humane reform of our immigration laws, President Obama used his executive authority to support and expand programs such as DACA and DAPA. Unfortunately, the Supreme Court—itself hampered by Congressional inaction—recently failed to uphold the President’s modest reforms and sinking hundreds of thousands of families into chaos. Latinos are looking for a

presidential candidate who will stop the deportations, uphold and expand President Obama’s executive actions on immigration, and rally Congress to pass a fair and just immigration reform bill that includes a path to citizenship. Nothing less will do.

Health Care: More than 4.2 million Latinos have gained insurance through the Affordable Healthcare Act or Obamacare, lowering the Latino uninsured rate by nearly 8 percent. After spending years worrying whether they were one illness away from financial ruin, majorities of Latinos will not support a candidate who threatens to eliminate one of the most successful public health innovations in decades. Instead, Latinos want a President who will expand coverage for a greater number of people and create improvements in preventative care. If you’re running simply on a platform to turn back the clock and “repeal Obamacare,” Latinos will run the other way.

Economic Opportunity: The Great Recession decimated Latino families’ wealth. In virtually every Latino community in the United States, the contraction of the economy meant lay-offs, increased indebtedness and diminished home values. As the economy has slowly begun to recover, so too have some Latino families. But the impact of the financial crisis has had powerful consequences on Latino households and all too many families find themselves barely getting by. Homeownership rates among Latino families are still well below where they were in the pre-recession years. The next president has the power to make an immediate difference in the lives of these struggling families. An important first step would be a commitment to making major federal investments in creating new, good-paying jobs in the energy sector, manufacturing and construction industries, and workforce training programs that will allow Latinos and other marginalized workers the opportunity to fairly compete for these jobs. Additionally, the next president must push for legislation that guarantees pay equality for America’s women. Latinas are paid just 54 cents on the dollar compared to non-Hispanic White workers. Latinos want a candidate to provide clear policy proposals that promote greater economic security and mobility, including opportunities to grow small businesses, increase homeownership, participate in job training initiatives and strengthen income support programs.

Environmental Justice and Climate Change: Studies and polls show that Latinos are deeply concerned about pollution and support regulations that protect our natural resources. The next president can win over Latinos by clearly advocating for strong environmental protections. For example, more than 70 percent of Latino respondents in Colorado, New Mexico, Florida and Illinois support the Clean Water Act and the protection of wetlands. Why? Latinos often live in urban settings where green areas are sparse, and suffer from chronic illnesses such as asthma and diabetes. Access to green spaces is also why the Hispanic Federation and other Latino institutions organized this year to support the reauthorization of the Land and Water Conservation Fund, which “invests earnings from offshore oil and gas leasing to help strengthen communities, preserve our history and protect our national endowment of lands and waters.” Another key issue area for Latinos is climate change. Latinos disproportionately suffer its effects because we are much more likely to work outdoors than not, and because many of us live in coastal areas. Because of this, more than three-fourths (77 percent) of Latino voters believe that global climate change is already happening —

impressive when compared to the general public (52 percent). Hispanics are also more likely to support policies aimed at curbing it. In summary, Latinos want to hear that our next President cares about our natural resources, and is ready to fight for them — and against climate change — using all the tools available.

Elections, as we all know, have consequences.

The last several months have laid bare the potential consequences to Latino families and communities of the choices we have before us in the presidential contest.

The stakes couldn’t be higher and standing on the sidelines is utterly unacceptable.

We must all do our part.

The agenda above is simply too important to leave in the wrong hands.

For more information on the Hispanic Federation, please visit www.hispanicfederation.org or call 866.HF.AYUDA. 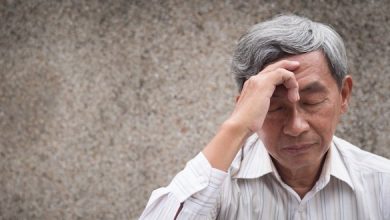