It seems the entire world is still talking about Jay-Z and Beyonce’s recent visit to La Marina. With Leonardo DiCaprio’s outing there a few weeks ago, La Marina has arguably become the most buzzed about spot in all of NYC. As I have said on many occasions, La Marina is proof positive of the changes taking place around these parts. Washington Heights is becoming a destination for people from all over the tri-state area and beyond. While some folks have bemoaned that fact, I sincerely believe that this helps to remove the long-held stigma that Washington Heights is a no-man’s land. 20 years ago, this community was rocked by riots, crime and the crack epidemic and today we are welcoming some of the biggest stars on the planet. That to me is progress.

The 2012 Uptown Summer is now one for the record books. Since the chill in the air is a not so subtle sign that it is once again sweater weather, I think it is only right that we end the season like we do every year, with our summer retrospective. We also paired a touching poem from our resident poet, Frank Medina, with a photograph from Paul Lomax.

This week also my first article for the Huffington Post on the work of the incomparable Junot Díaz. While we are the topic of Junot Díaz, he will be at the 92 Y with Julie Otsuka on Monday, December 17th. Our newest contributor, Angela Bao Bei Bei delivered a great post on the ubiquity of Dunkin Donuts’ franchises Uptown.

The iconic photographer Gordon Parks would have been 100 this November. Arguably one of the most important photographers of all time, Gordon Parks referred to his camera as “my weapon against poverty and racism”. His work for Life Magazine brought the harsh realities of life for African-Americans into sharp focus for the entire world to see. With that in mind, we are celebrating his work with a look at his images of his beloved Harlem.

Local activist Claudia De La Cruz, Founder of Da Urban Butterflies (DUB) Youth Leadership Development Project has been nominated as a candidate for 2012’s ‘Mujer Que Inspira Award. It is a well-deserved nomination and if she wins, DUB wins a $10,000 grant! 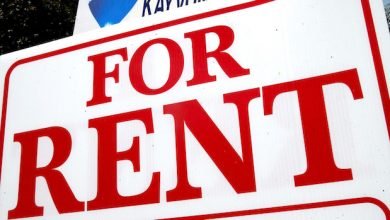