Renee Mancino believed in Uptown when very few people did. For almost four decades Renee brought a little sweetness to so many of our lives with all the seriously delicious goodies concocted at the two Carrot Top locations. Along the way, she became the undisputed Queen of Carrot Cakes working her magic for such giants as Stevie Wonder, Archbishop Desmond Tutu, Roberta Flack, Morgan Freeman and Richard Pryor among many other notables. Not to mention all the countless other folks who she touched with her confections and her warmth and generosity. In our household, her Chocolate Pound cake is a must-have for any birthday… My kids, and my wife for that matter, will not accept anything else. Even though Renee made her transition last year, her legacy still resonates. I think it is only right that we as a community come together to support the campaign to co-name West 214th and Broadway, Renee Mancino Way… Go to our site and sign the pledge!

What is Thursday without a #TBT post? Our chosen #TBT post takes us back to the summer of 2013 for a minor altercation that I captured on Instagram video of cops and a young man that was definitely under the influence. Holland Cotter has a really cool art column in the NY Times. He recently waxed poetic on how Inwood Hill Park and nature in general helped him to better understand the art of Ellsworth Kelly.

Probus, which will celebrate its 20th anniversary this year, opened the doors to its new and more expansive retail space on Broadway in Inwood. Check out our pictures of the festivities and then stop by their beautiful new space at the Stack building.

What do you get when you combine Bachata with Karate? Bachakate, the new exercise craze sweeping the nation. Shout out to Room 28 for another hilarious skit!

By the way folks, hit up our newest sponsor, Liquid Skin Studios (165 Sherman Ave), for all your tattoos, tattoo removal and piercing needs. Liquid Skin also doubles as a left-of-center art gallery displaying the works of emerging artists. They are also the only retailer carrying the entire line of Uptown Collective tees. You know the motto, Spread Love It’s The Uptown Way! 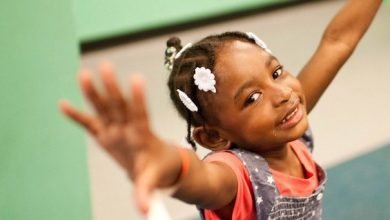 Block by block
Paso a paso