In these dark days of the Trump Tyranny, where everyday brings a new outrage, when it seems that decades of hard-fought progress are being undone right before your eyes, you absolutely have to hear Junot Díaz talk to Krista Tippett of On Being about radical hope. This is a balm for the weary soul. Please listen and share it with all those people that need to hear this.

Felipe Galindo (Feggo) is a local graphic and visual artist whose work has been published by The New Yorker, among other publications. As featured in The Manhattan Times, Feggo has created a searing series of images in the wake of the decision by the Trump administration to rescind the DACA program.

Carpinteros is one of our favorite Dominican films of all time. The film by José María Cabral is a visceral and vibrant love story set in the notorious Najayo prison. One of the film’s stars, Jean Jean, who refers to himself as Domínico-Haitiano, puts on a masterful performance as a man desperately trying to survive his perilous predicament. The film deftly explores the ingenious sign language developed by the imprisoned to communicate with their love interests. The film opened on Friday, September 15 at several local theaters (AMC Empire 25, UA Kaufman Astoria Stadium 14, Bronx Concourse Plaza) with a national release to follow. Please support this important film.

Colter Hettich of am New York took a trip to El Barrio to explore its culture, food and mystique. By now you may have heard of the new tech start up that is looking to put the neighborhood bodega out of business. Adam Chandler of the NY Times eloquently and succinctly tells us why nothing can replace the bodega.

Almost all of the merch is gone. Please show us some Uptown Love and support the Uptown Collective. Use the Discount Code SUMMERBLUES at http://bit.ly/ShopUC for FREE shipping and a little gift of our appreciation. This week the Latinos Out Loud crew chop it up about Dominican cooking, gentrification and childhood fears. This week’s special guest is none other than Calixto Chinchilla, the founder of the New York Latino Film Festival. The festival will take place from October 11 to the 15.

“Nothing About Us Without Us”
"Nada sobre nosotros sin nosotros" 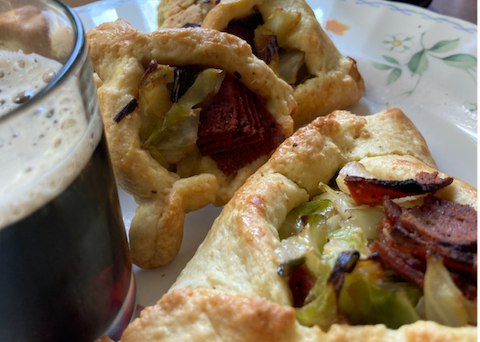