Ruby Dee was a Black icon and a Harlem legend. Her memorable performances in such classic films as A Raisin in the Sun, The Jackie Robinson Story and Do the Right Thing as well as her defiant support of the Civil Rights movement alongside her husband Ossie Davis have cemented her status as one of the giants of the struggle for equal rights and justice in America. Well, now there is a restaurant to celebrate her legacy. Brian Washington Palmer and his partner Nikoa Evans-Hendricks, the folks who brought us Sexy Taco Dirty Cash, are opening another restaurant named Ruby’s Vintage Harlem. The duo were actually scouting locations for a second Sexy Taco outpost and when they learned this location was also the childhood home of the great Ruby Dee, they were inspired to create something that would pay homage to Harlem’s rich cultural history. Ruby’s Harlem will bring back the relaxed, lounge-y salon scene with a modern twist that helped make Harlem a destination for the culture shifters. Ruby’s Vintage Harlem opens later this month. Stay tuned for our review of this much-anticipated restaurant.

Robert W. Snyder, author of the book Crossing Broadway, Washington Heights and the Promise of New York City, and Professor of Journalism and American Studies at Rutgers University-Newark, will lead a walking tour and panel discussion at the Hebrew Tabernacle (551 Fort Washington Avenue) on Sunday, October 21 at 1:00 p.m. The walking tour is already sold out, but there are still a few tickets available for the panel so get yours ASAP. The panel will feature Ángela Fernández, Hasia R. Diner, Mark S. Hamburgh and Dr. Ruth Westheimer. This is a powerhouse panel that you absolutely don’t want to miss.

By the time you read this, The Sentence will have already premiered on HBO. Make sure you watch this searing, riveting documentary. This film will move you to tears; it is an agonizing look at the consequences of mandatory minimum sentencing. The Sentence is the first film from Rudy Valdez, who tells the story of his sister Cindy Shank. A mother of three, Shank received a 15-year mandatory sentence for conspiracy charges related to her deceased ex-boyfriend’s crimes.

"I am hopeful"
"Tengo esperanza" 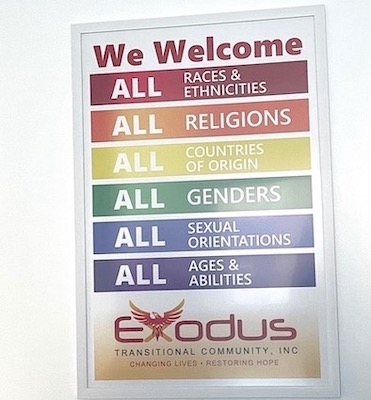 For the love of lob Por el amor al ‘love’