This past weekend was the last chance to catch the walking tour of Mapping Resistance: The Young Lords in El Barrio. The brainchild of prolific artist Miguel Luciano, the exhibit breathes new life into the important work of Hiram Maristany by strategically placing the pictures taken during the heyday of the Young Lords in the very milieu that gave rise to the movement. Hiram Maristany was the official photographer of the Young Lords and is an important figure in the Uptown arts movement. The history and the spirit of the Young Lords still resonate today and continue to inspire and demonstrate a path forward. October 15 is the official last day of the exhibit but some of the photos may remain up after that so make sure to take a self-guided tour of the exhibit. Pa’lante, Siempre Pa’lante!

In celebration of the 100th anniversary of the Harlem Renaissance and National Arts Month, join The BLK Table for a panel discussion featuring three award-winning Harlem-bred artists about using art as a means for activism, entrepreneurship, creativity, and how coming from Harlem has influenced their journeys. Mix and mingle over cocktails provided by Maker’s Mark and light bites from Lolo’s Seafood Shack. Hit up the Uptown Collective site for details.

The Miss Rizos Salon Uptown opened up this past weekend. Please join us at The Juan Pablo Duarte Community Space on Saturday, October 26 for an intimate conversation with Carolina “Miss Rizos” Contreras. RSVP Here: http://bit.ly/Pajónpower.

And please click below to take a super short survey that will help us develop an exciting new tool for the neighborhood. Take The Survey Here: http://bit.ly/uc-survey-2019.

On this week’s LOL episode, the gang chop it up about the #TwitterVoices dinner, the Festival People en Español and Comic Con. The special guests this week are Gadiel Del Orbe and Sandra García.

Are you watching Godfather of Harlem on Epix? You should be. The engrossing series brings to life the life and times of the notorious Bumpy Johnson. Black icons Malcolm X and Adam Clayton Powell Jr. play integral roles in the show. The show airs on Sundays at 10 p.m. EST. Make sure you tune in. Shout out to Uptown’s own Elvis Nolasco who plays Nat Pettigrew on the show. 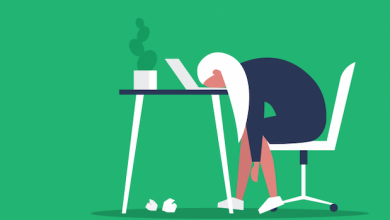