The neighborhood is still reeling from the sad news that Renee Mancino had taken her own life in her pioneering establishment, Carrot Top Pastries, on the morning of November 11th. Renee and her husband Robert believed and invested in this community when very few people did. In the early 80’s, when Washington Heights was entering a very bleak and ultra-violent period, the couple opened not one but two shops that brought a much-needed dash of sweetness to our beleaguered neighborhood. It was that tenacity, dedication and vision that turned their little eatery into an empire and helped to lay the foundation for the turned around of the neighborhood. Our deepest condolences go out to her family and loved ones. May she rest in peace.

Please make your way to neighborhood institution, Coogan’s (4015 Broadway), on Sunday, November 23rd to mark the publication of Crossing Broadway: Washington Heights and the Promise of New York City, the engrossing new book by author and historian Robert Snyder. Crossing Broadway tells the story of Washington Heights from the Great Depression to the present—a story of change, courage, and learning to cross the narrow boundary between an open community and a closed community. All book sale proceeds from the event will benefit Word Up, the community bookstore of Washington Heights. If you want to understand this neighborhood, this book is an absolute must-read.

The Yo Taxi! web series takes you into the world of a Dominican cab driver in New York City and his hilarious encounters with passengers. The series is the brainchild of its creators, Gavin Hungerford and Joseph Cepin. We also posted a video from wordsmith Oveous, Letters to my Heroes. Uptown Hip-Hop heavyweight Dark has another one folks, Hundo.

By the way, please don’t forget that The People’s Theatre Project latest, Pardon Our Appearance, will debut at the Alianza Dominicana Cultural Center (530 West 166th St) on November 21st and 22nd. Their newest production takes on the hot button issue of gentrification.

Lastly, The Hip-Hop Nutcracker will be touching down Uptown on Sunday, December 7th at 6 pm at the venerable United Palace. The new holiday classic is must-see event for the entire family. See you there… 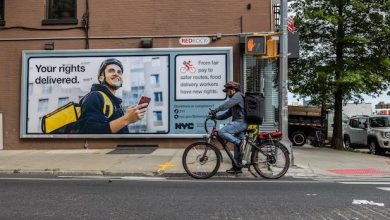