Thanks to the good folks at Jet Blue, our family is preparing to take a long over-due vacation in the Dominican Republic this coming week. Late last year, several Washington Heights Dominican families were invited to La Casa del Mofongo to ostensibly participate in a documentary about Dominican culture. My wife, our 3 daughters and I, were chosen to take part in the endeavor. We were treated to a simply incredible meal and experience. The icing on the proverbial cake was that the evening ended with Jet Blue surprising us and giving everyone in attendance a free round-trip ticket to the Dominican Republic. In essence, that means that the trip that my family and I were in so need of but couldn’t really afford is now a reality. I invite you to follow our journey to the heart, soul and soil of Quisqueya via the site as well as social media using the hashtag, #DRtravelogue. Dominican Republic here we come…

In celebration of Women’s History Month, the Northern Manhattan Arts Alliance inaugurates its new gallery space (5030 Broadway) with the exhibition Women in the Heights – The Human Essence. The exhibit features art work by local female artists and is curated by Andrea Arroyo. Women in the Heights will be on display until May 7th, 2015.

In the latest installment of Tales of a Dyckman Princess, Mercy G gives us the skinny on what she considers a deal breaker in any new relationship. She doesn’t mind that you call her… not just every 2 minutes. This week also saw an Uptown Collective exclusive from the homie Tellie Floydd, Hater’s Melody.

The Translators (Mike Diaz and Jaime Fernandez) are back with an animated and revealing conversation with actress April Hernandez Castillo. April talks about her classic Super Bowl commercial with Yao Ming, working on her first Hollywood film Freedom Writers and navigating the highs and lows of a career in Hollywood.

Our Throwback Thursdays post tells the story of Max Brauer and how he went from being the mayor of a small German town during the Nazi era to fleeing for his life and ending up in exile right here in Inwood. As usual, kudos goes out to Cole Thompson of My Inwood for painting such a vivid picture of that dark time in world history.

What I learned
Lo que aprendí

From corner to canvas
De esquina a lienzos 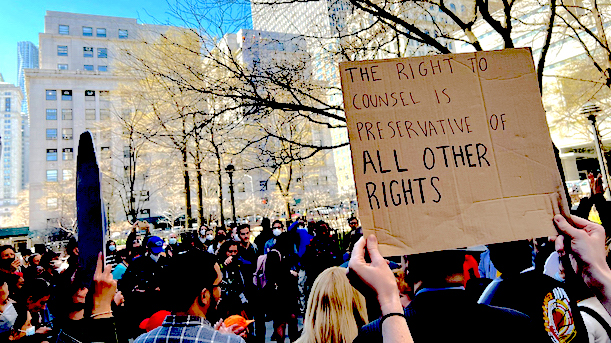 From The Heights to Harvard Desde Los Heights hasta Harvard