The Uptown Renaissance continues apace. This past Tuesday, the High Bridge opened after 45 years and a $60 million renovation. The High Bridge is not any old bridge. In fact, it is New York City’s oldest bridge, built in 1848 as a vital link in the aqueduct system that brought freshwater from upstate to New York City. For over a century the venerable bridge connected Washington Heights and the Bronx. However, the bridge was closed during the 70’s due to decay and disrepair.

That was the past. Today the High Bridge is once again connecting communities and providing a scenic walkway for both pedestrians and bike riders alike. The newly opened High Bridge will not only bring Washington Heights and the Bronx closer but will attract visitors from all over the world. Bronx Borough President Ruben Diaz Jr. put it best, “downtown Manhattan may have the High Line, but uptown, we have the High Bridge.”

Uptown’s own Lin-Manuel Miranda, the creator of Broadway’s ‘In The Heights,’ received the Puerto Rican Day Parade ‘Pride’ award. The iconic Rita Moreno was the parade’s grand marshal this year. By the way folks, don’t forget that the Uptown Arts Stroll is in full swing. Speaking of art, you have until August 20th to catch Andrea Arroyo’s A Rose in Harlem exhibit at the Rio III Gallery (898 St Nicholas Avenue, 9th fl. 155th Street)

A big shout out goes out to photographer extraordinaire Omar Z. Robles. His pictures of Emiko Flanagan in the newly renovated 191st Street tunnel are simply sublime. Check out his timeline for some stunning lens work. They’re back! Room 28 has a new one ladies and gentlemen. Pregnant Queen is a hilarious parody of Fetty Wap’s Trap Queen.

Imagine, if you will, putting out an ad on Craig’s List for a roommate after a bad break up with your now former fiancée. At first, you think you found the ideal roommate. He is neat, well mannered and is always on time with the rent. That all changes when you see your room mate’s face on America’s Most Wanted for being a daring diamond thief. That is exactly the predicament Brian Boucher encountered when he rented a room in his Uptown apartment. Check out our site to see how it all ends.

If Rent Laws Expire, We Have Your Back 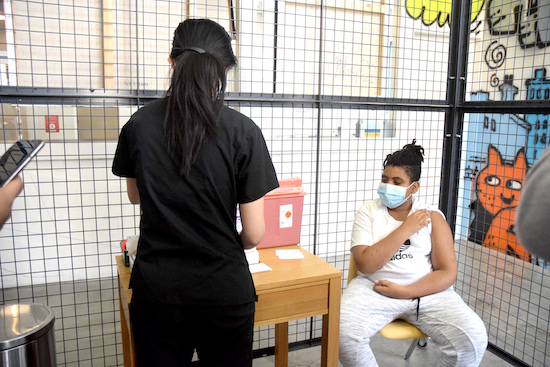 No to a Covid Christmas
No a una Navidad Covid