Say it ain’t so. The far right comes to the Heights. That’s right, people; White Supremacist group Identity Evropa came Uptown to Fort Tryon Park on Saturday, July 28 after staging a provocation downtown at the Mexican Consulate. They hung a massive banner in the park that could be seen from the Henry Hudson Parkway that read “Stop The Invasion – End Immigration.” According to folks on Twitter, the group harassed people in the park and set off smoke bombs on their way to hanging the banner. Do not let the childish antics fool you; this group is provocative and dangerous. They were among the many groups that participated in the Unite The Right rally that took place in Charlottesville, Virginia and rocked the nation last year. They proudly posted pictures on their Twitter feed (@IdentityEvropa) of their nefarious activity in our treasured Fort Tryon Park. Their message on social media was clear and unequivocal. “We will not stand by while we are replaced in the land of our forefathers-this country is ours.” This is profoundly disturbing to say the least. Stay tuned for more…

Remember you heard it here first; there is a documentary in the works about our beloved Coogan’s. Filmmaker Glenn Anderson, who has a storied personal history with the famed establishment, has already begun production. I had the honor of sharing on camera my love for Coogan’s and what it means to this community. We will keep you informed on this very interesting project as it progresses. We have another bit of really awesome Coogan’s-related news that we can’t share just yet. Keep checking us out for more. I promise it is a good one.

It may already be too late by the time you read this. But it is worth a shot. Hit up www.nylatinofilmfestival.com to get your tickets to the premiere urban Latino film event in the country. Besides the incredible opening night film, Rubén Blades Is Not My Name, which is a deeply personal and moving documentary about Salsa legend Rubén Blades and his struggle to come to terms with his legacy, The New York Latino Film Festival boasts a whole host of great films from all over the world. 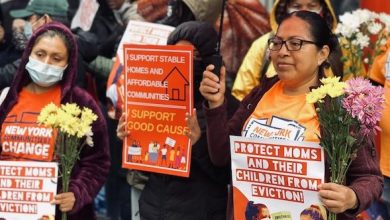