Five years ago last week, Eric Garner, a 43-year-old father of six and a grandfather of three, was murdered by the NYPD on the streets of Staten Island for allegedly selling loose cigarettes. The whole disgusting episode was captured on camera but once again justice was not served. Even though Garner’s death was ruled a homicide by the NYC Medical Examiner and even the NYPD’s own Internal Affairs inquiry determined that officer Daniel Pantaleo used an illegal chokehold, Officer Pantaleo was not indicted. To add insult to injury, the day before the five year anniversary of Mr. Garner’s death, the Justice Department said it would not bring federal civil rights charges against Officer Pantaleo. Tyrant Trump’s lackey Attorney General William P. Barr personally ordered that the case be dropped.

Ibram X. Kendi is brilliant. The scholar, activist and author recently penned a must-read piece in The Atlantic that goes to the heart of the patently racist comments made by Tyrant Trump about the four tenacious Congresswomen known as The Squad. Entitled Am I an American?, the piece does a masterful job of explaining the reasons Trump and so many of his supporters think America is only for white people. Make America Great Again is shorthand for Make America White Again. We have crossed the Rubicon and we are in uncharted territory. This will not end well.

Ari Melber of MSNBC has to be the only news anchor that regularly quotes Hip-Hop lyrics. Taking his obvious love of Hip-Hop music and culture to another level, he recently did an awesome piece on Harlem and fashion icon Dapper Dan.

Presidential hopeful Mayor Pete Buttigieg came Uptown to Dyckman to chop it up with the Bodega Boys. There are hookahs, brown-bagged whiskey bottles and a sushi roll called La Chapiadora involved. Believe us, folks, it is downright hilarious.

Save the date, familia. The Sweet Spot Festival returns on Saturday, August 3 from 2 to 9 p.m. for a good old-fashioned Saturday Fish Fry at the West Harlem Pier. This time around, they are celebrating 100 years of Harlem’s history, culture and artistry. So pack a blanket, pre-order your fish plate, bring your Solo cups and come out for a celebration of African American culture and the riches of Harlem.

Congrats to Buunni Coffee for reaching their goal of 25K for a much-needed performance space in Inwood. This is a big win for the community

In the running: Candidate Cheryl Pahaham 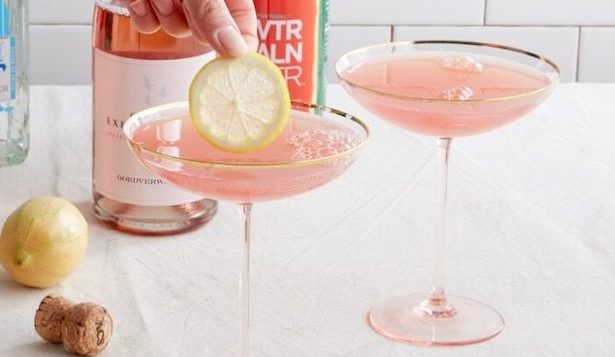