Now that the snowpocalypse has passed, let’s take a look back at the mega storm that was. We’ve put together a special blizzard #InstagramUptown column sourced from Uptown’s awesome IG community. Stop by the site to check it out. Let’s hope the weather continues to cooperate in the melting of the copious amounts of snow still left.

Did you eat your cruciferous vegetables? Our Wellness Editor, Eileen Z. Fuentes, tells us why that is a really good idea. Our very own Joanna Castro penned an ode to Lin-Manuel Miranda, Hamilton and immigration appropriately entitled The All-American Immigrant. Speaking of Alexander Hamilton, Helene Stapinski of the NY Times took us on a romp through Hamilton’s old stomping grounds.

Uptown is steeped in history. This was proven yet again. Melissa Mark-Viverito, the City Council Speaker and the Rev. Dr. Patricia A. Singletary recently announced the discovery of an African burial ground in East Harlem. David W. Dunlap of the NY Times reported on the exciting developments that have vindicated many of Harlem’s historical flame keepers.

Listen up folks: You still have a chance to be a part of the groundbreaking project The Get Down by visionary director Baz Luhrmann.  The Get Down will be available worldwide on Netflix on August 12th, 2016 but will be filming until April and has an Open Call for paid extras. Email current photos and telephone number to getdown@gwcnyc.com with the SUBJECT LINE reading: Uptown Collective, Name, Union Status, and Phone Number. Please note height, weight, and clothing sizes in the body of the email.

When Ligaya Mishan speaks people listen. The NY Times’ Hungry City columnist takes us to Africa Kine for a taste of the motherland. Say it ain’t so. Nell Casey of Gothamist gave us the scoop on the apparently permanent demise of Harlem’s legendary Lenox Lounge. Rebecca Baird-Remba of YIMBY provides a First Look at the new occupant of 4650 Broadway.  Jeff Reuben of Untapped Cities fills us in on the Monument to Democracy, which was once proposed to be built in Washington Heights but unfortunately never came into being.

Our Monday Mood Music selection comes to us from Skematics and features Saigon, 4 Elements. The Friday Fix is the latest project from Ninety, IKONSTATEOFMIND. Enjoy! 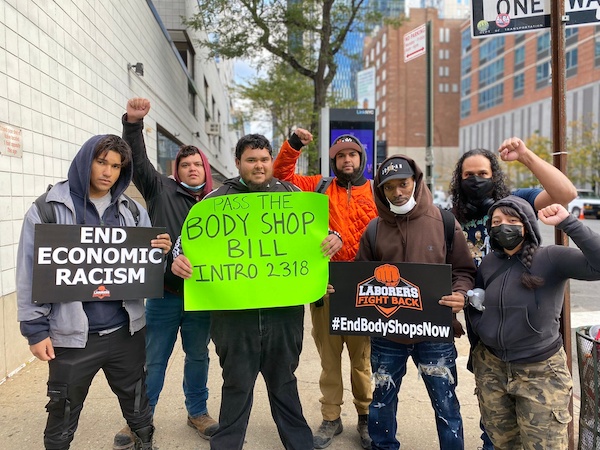