Lin-Manuel Miranda has become a Broadway God. His latest opus, Hamilton, has completely redefined the musical and has cast American history in a totally new light. It is also the absolute hottest ticket in town. I think it is sold out until 2020 and that is only a slight exaggeration. In addition, it now boasts a Grammy for Best Musical Theater Album. Lin’s acceptance speech, which was delivered in verse, is an absolute must-see. Thanks Lin for putting Uptown on the map and for creating a legacy of excellence.

Have you noticed the striking cover for the latest issue of The New Yorker? Inspired by the Schomburg Center and the Harlem Renaissance, Kadir Nelson conjures up a stirring image that highlights the magnificence of that era. Entitled Harlem On My Mind, the painting is an homage to the great Harlem Renaissance painters. The artwork also shows love to such Uptown giants as the Nicholas Brothers, Billie Holiday, Duke Ellington, Malcolm X, James Baldwin and Zora Neale Hurston.

Take a trip back into time to the Harlem of the late 1960’s. The simply beautiful images were taken by Don Hogan Charles who was the first black photographer hired by The NY Times. Rembert Browne of New York Mag wrote an interesting article on Hillary Clinton’s recent visit to Harlem. Did you know that America is missing out on a $1.4 trillion Latino business opportunity? My good friend Octavio Blanco of CNN Money breaks it down for us. Shout out to the founder and CEO of Regalii, Edrizio De La Cruz, who is featured in the must-read article.

Our wellness contributor, Eileen Z. Fuentes, pens a wonderful piece with the enticing title “How To Make Your Problems Disappear.” Karen “The Siren” Rodríguez returns with another incredible cover. This time around she tackles Justin Bieber’s song Love Yourself and once again makes magic. The American Idol Alum continues to make Uptown proud. You Go GURL!

Afro-Dominican photographer, Suhaly Bautista-Carolina also known as The Earth Warrior, is working on an Afro-Latina Portrait Series and is doing an open call for models through March 31st. Check out the site for more info. Our Mood Music selection comes to us from Cristion D’or, Panda (Remix). 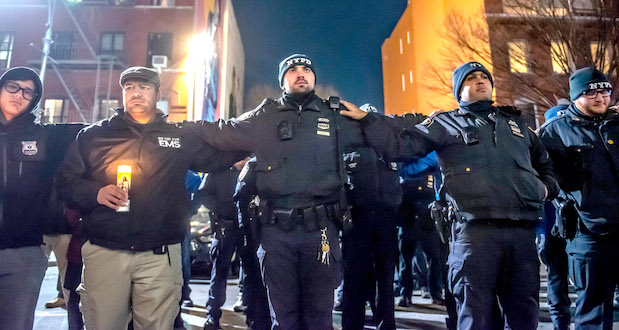