So this is how Trump decides to divert attention from his impeachment? We have crossed the Rubicon, ladies and gentlemen. The Tyrant-in-Chief may have set off World War III with the strategic disaster that is the assassination of General Qassem Soleimani, one of the most powerful persons in the Islamic Republic. Even before that senseless escalation, hate crimes were increasing across the country. Now that we may be headed to another war in the Middle East, we must brace ourselves for the xenophobia, intolerance and rancor that Trump and his minions will rile up. Solidarity is the only way forward.

With that said, our Uptown Tweet of the Week goes to Councilmember Mark Levine for emphasizing that point with his tweet about the recent public meeting in Washington Heights to address the rise of Anti-Semitic attacks that was well attended by all members of the community. The alarming uptick in attacks against our Jewish brothers and sisters does not bode well for the American Experiment. Now more than ever we must unite and come together to defeat the existential threat that Donald Trump represents to this great country.

Hypebae put together an awesome profile of Harlem’s own Joani Johnson, who is changing the game for senior models of color. Joani Johnson has modeled for Fenty as well as many other well-known brands. Check out the site for the awesome video on the pioneering model.

Shout out once again to Pero Like for continuing to cover these important topics. But seriously folks, this one is really hard. In one corner you have the Dominican Republic and oxtails and in the other you have Puerto Rico with the mighty mofongo. Which one would you choose?

The homie Carlos Deschamps has a new short film entitled Two Sides to the Story. Hit up our site and check it out. 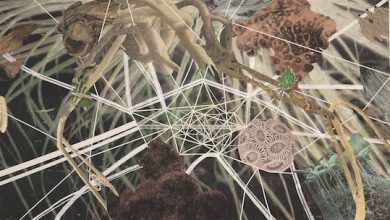