Calling all photographers. The Northern Manhattan Arts Alliance (NoMAA) is looking for submissions for their upcoming exhibition titled Selfless Selfies. The exhibit seeks to present black-and-white images by uptown photographers that narrate stories from our uptown communities, from the everyday to the sublime. Open to all photographers who reside and whose images reflect the depth and dynamism of our beloved Uptown. The deadline for submissions is Friday, September 12th, 2014 at 5 pm. The exhibit will run from October 16th to November 19th at the NoMAA Gallery (178 Bennett Avenue).

Did you know that in the late 1920’s a serial killer roamed Inwood? The always-informative Cole Thompson of My Inwood, gave us an engaging and horrifying profile of Texas Jim Baker, who delighted in poisoning his unsuspecting victims. Our Time Travel Tuesdays post took us back to an article published in the NY Times on August 7th, 1989. The article written by Donatella Lorch looks at the extreme violence that plagued this neighborhood during the Crack Era. Not even Highbridge Pool was exempt from the wanton anarchy and lawlessness that rocked this community during those years.

You have until Tuesday, September 9th to catch Through A Lens Darkly: Black Photographers and the Emergence of a People at the Film Forum (209 West Houston St.). The film chronicles the work of the countless known and unknown photographers that documented and defined the Black experience in America.

Our very own Emmanuel Dj Boy Abreu gave us another awesome bird’s eye view of one of our magnificent parks in his Los Altos video series. This time around he trains his drone on the majestic Fort Tryon Park. We also posted an episode of Ñ Don’t Stop, which follows activists/artists Rebel Diaz in their travels and addresses such pressing issues as immigration, police brutality, health, and education. Ñ Don’t Stop is hosted by Rodstarz and G1 of Rebel Diaz as well as Claudia de la Cruz.

We also brought to you another exclusive from the very talented GDA entitled Justice, which speaks to the frustration of so many people across the country after the unjust killing of Michael Brown in Ferguson, Missouri. We also posted a new song from the L Burns project featuring Tellie Floydd, L Fudge and Trops, 1st 48. 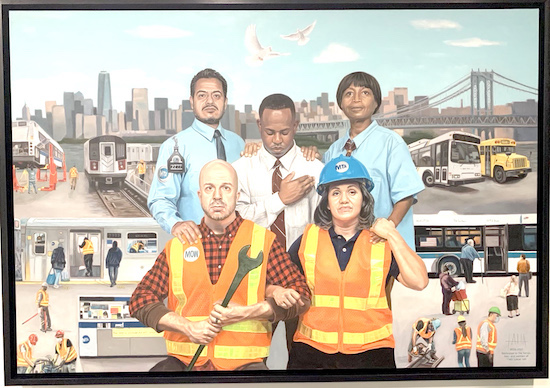