The Up Theater Company has another incredible play on their hands. Epic Poetry, which runs at the Hebrew Tabernacle (551 Fort Washington Ave @ 185th Street) until May 16th, is a multi-sensory experience. You don’t watch the play; you kind of slowly, almost quicksand like, get drawn into it. The play takes the classic tale of The Odyssey and upends its, replacing ancient Greece with a modern and mythic New York City. Written by James Bosley and directed by Gregory Wolfe and boasting a simply outstanding cast, Epic Poetry is must-see theater. Smart, sophisticated and just a bit subversive, Epic Poetry is about war, loss and the importance of home and family. Get your tickets as soon as possible.

We have a bona fide brouhaha on our hands, ladies and gentlemen. Last week, the NY Times broke the news that New York City’s professional soccer club may find a permanent home in Columbia University’s Baker Athletics Complex. The very next day, Councilman Ydanis Rodriguez voiced his justifiable concerns that the team did not consult with the community on a proposal that would have such an impact on the neighborhood. The plan is not off to a good start.

Save the date folks, the next installment of the Led Black Book Club will take place at Word Up Books (2113 Amsterdam Ave @ 165th) on Thursday, June 4th at 7 pm and will feature Crossing Broadway by professor and historian Robert Snyder. Crossing Broadway: Washington Heights and the Promise of New York City tells the story of Washington Heights from the Great Depression to the present a story of change, courage, and learning to cross the narrow boundary between an open community and a closed one. Please join us for what promises to be an engaging discussion on the past, present and future of Washington Heights.

Our Throwback Thursdays post introduces us to Uptown royalty. Cole Thompson of My Inwood did some extensive research to piece together the story of Princess Naomie who lived in Inwood Hill Park in the 1930s. Naomie Kennedy hailed from New Orleans and was believed to be of Cherokee descent.

We also posted the latest from Dubwork and Ace IOD, Boom Bap. Their chemistry is palpable in the infectious new song. 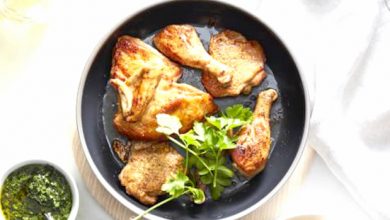