Yes, you-know-who is still President but 2019 is starting off with a bang. The mega smash Broadway play, Hamilton, is headed to Puerto Rico for a special super-limited run of 24 performances. It gets better, folks. Uptown super-hero, Lin-Manuel Miranda, will return to the stage as Hamilton for the exclusive engagement. In addition to general admission tickets, a limited number of VIP Tickets will launch the Flamboyán Arts Fund. The Flamboyán Arts Fund is an initiative dedicated to preserving, amplifying, and sustaining the arts in Puerto Rico by supporting all facets of the arts community including music, theater, visual arts, dance, literature, and youth arts education. Shout out to the entire Miranda clan for going above and beyond to shine a much needed light on the situation in Puerto Rico. Make sure you follow the Manhattan Times on Social Media for behind-the-scenes access to the historical occasion.

Speaking of Lin-Manuel Miranda, have you seen his hilarious appearance on the ridiculously funny show, Billy on the Street? If you have not seen Billy on the Street with Billy Eichner, it is one of the great low brow joys of our time. Eichner basically walks around Manhattan asking people stupid questions. Believe me; it is much funnier than it sounds. While the show is usually quite funny, the episode with Lin is must-see TV. Trust me, this is will be the best 5 minutes you have spent online in a long time. Hit up our site to check it out.

On a more serious note, you have to see Say Her Name: The Life and Death of Sandra Bland on HBO. The searing documentary explores the death of Sandra Bland, a politically active 28-year-old African American who, after being arrested for a traffic violation, was found dead in her jail cell. This film moved my wife and me to tears. The topic of police brutality is more relevant than ever as we enter the third year of the Trump tyranny.

Don’t forget folks you have until February 25, 2019 to submit your artwork for the 2019 Uptown Arts Stroll poster contest. The winner will receive a $1,250 honorarium as well as the having your work seen by your Uptown neighbors. Hit up the site for more info and shout out to the indispensable Northern Manhattan Arts Alliance (NoMAA). 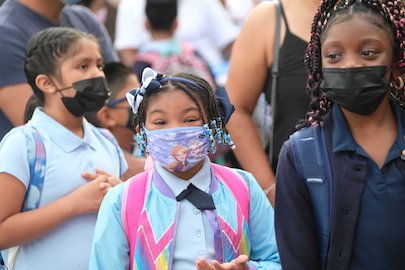