Man, I am still riding high from having taken part in the first ever Uptown Lit Festival, which took place on Saturday, October 19th at the United Palace of Cultural Arts and Word Up Community Bookshop. The event was an unequivocal success. Not only did we have a great turnout but the line up was stellar and included such big names as Congressman Luis Guiterrez, Rubén Martínez, Andrew Sullivan, Richard Rodriguez and Quiara Alegría Hudes among many other notables. My good friend, Mike Diaz a.k.a. Juan Bago, did a fantastic job of hosting. A big shout out is in order to Veronica Liu and all the other folks and organizations that made the Uptown Lit Festival a reality. Can’t forget The NY Times, which ran a story on the festival.

This week we featured two crowd-funding campaigns that you should be aware of. The first is for the venerable Morris Jumel Mansion, which is looking for a much-needed makeover for the 248-year-old house. The other is from the very talented songstress Camille Safiya, who wants to raise funds to put together a visual complement to her excellent collaborative project with the brilliant Frankie P entitled Island Blues. Speaking of Frankie P, we featured an excellent video Q&A with him courtesy of Lozer Films.

We also featured the second installment of the Perfiles video series, which gives a positive portrayal of the Latino community throughout New York City. Our Monday Mood Music pick was the latest from Uptown Hip-Hop heavyweight; Dark featuring 1st Lady entitled Push.

Jon Ullman and I will be discussing our upcoming documentary film, Nutcracker Inc., and preview select clips at Word Up Books on Wednesday, November 13th from 7 to 9 pm. Beverages (ahem) will be served. The story of the enigmatic and elusive elixir known as the Nutcracker, the film not only explores the history of the illicit street drink but also delves into its relationship with the Washington Heights neighborhood of New York City that made it famous.

The Best of the Boogie Down column by Jenni Ruiza featured the popular web-series, Becoming Ricardo. The good folks at the Up Theater Company have an exciting new production entitled ASHÉ that will have a limited run at the St. Jude Cultural Center. 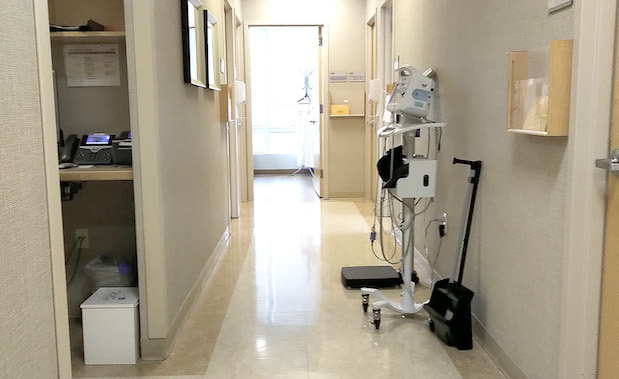