Being that people are still talking about the groundbreaking WHIN By Any Means III event, we started the week with a plethora of exclusive content from the function. We featured picture sets from Emil Baez, Art By Dj Boy and a video recap courtesy of Productive Ray. Not to mention a WHIN By Any Means III downloadable mixtape that features songs from many of the artist that performed that night. The planning has already begun for a WHIN By Any Means IV event at Negro Claro (3805 10th Ave) on March 28th in honor of Women’s History Month.

Speaking of WHIN By Any Means III, journalist Frankie Garcia, of the Sports World Report web site, wrote an interesting post on the many clothing designers that sold their wares at the event. We also reposted an interview with veteran actress Olga Merediz on her work in the movie Trouble in The Heights courtesy of Latina Magazine. The super informative blog, Forgotten New York, posted an illuminating article on the history of Isham Street.

Don’t forget to stop by the indispensable NoMAA Gallery to take a gander at the incredible Women In The Heights art exhibit. The exhibit will be on display until Mid-April. We also featured a poem from our resident poet, Frankie Medina, on the proverbial snakes in the grass.

This Uptown Hip-Hop thing keeps moving along and generating greater momentum with each passing day. With that in mind, we featured a great new song by rapper/producer Eckz featuring Audubon and Reyna of MTV’s ‘Washington Heights’ fame entitled Miss Again. The song is quite simply infectious and could be the first big song to come out of the neighborhood. We also posted Live from the Highest Rock – Basement Freestyle VOL 2.5, which is a video freestyle session from many of Uptown’s most talented artists. Much love goes out to the folks at the Live YBG blog.

The very popular column The Best of the Boogie Down column featured Tosca Café and their much talked-about bottomless weekend brunch. Kudos go out to our contributor Jenni Ruiza for bringing us the very best of the Bronx on a weekly basis. By the way, Uptown’s Own Tess will compete against some stiff competition on March 12th at the Hard Rock Café’s Global Battle of the Bands. 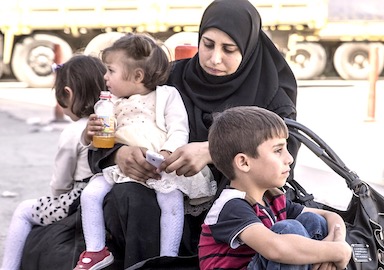