The Revolution of the Invisible People

This moment is an important one—for Puerto Ricans, for the Latinx diaspora and all people of color in the United States and the world.

It is important to note the historical significance of this “revolution,” not only in the unprecedented resignation of the Governor, but also, of the day it took place: July 25.

Prohibido olvidar (it is prohibited to forget) also is the historical importance of the location of these events.

For it was in Calle Fortaleza that in 1950, that the Nationalist Party Leader Pedro Albizu Campos was arrested by the United States for standing against its colonial powers. Just hours before his arrest, he was barricaded in his apartment just steps from La Fortaleza, the governor’s mansion, in the company of another Nationalist, Álvaro Rivera-Walker.  It has been said that just moments before his arrest he asked, “Alvaro, are we invisible?”

The powerlessness and hopelessness of invisibility is one that fuels revolution.

Today’s reality in Puerto Rico is a microcosm of what is happening in our world right now. It makes me wonder: who is leading us? Who is uniting us? And, after all, that has happened, and continues to happen in Puerto Rico, how are we using our voices to advocate for change?

During times like these, we need a leader with moral clarity, deep compassion, and righteous conviction. We also need a leader who believes in the equity of all people not only in Puerto Rico but also in the United States. In both places, we need leadership that values all human lives—regardless of a person’s gender, income level or citizenship status. We need leadership that treats all human beings with dignity and respect. We leadership that sees, counts and values its people. I pray these new leaders might emerge from the margins and lead the people—visible and invisible to the current figureheads in office—to a new day of equity and peace.

I heard the call for a leader that was capable, but also able to offer a conciliatory healing presence; one that could bridge the gap.

When I think of the groundswell of protests that have been running for almost two consecutive weeks in Puerto Rico, I think of the mighty power that comes when people join together in the streets to make their voices heard and their opinions known.

I cannot help but contrast this scene with recent weeks in the United States where my neighbors in Washington Heights and across the Latinx community had to advocate for their right to be seen and counted in the U.S. It continues to perplex me, that we would need to debate whether or not humans living in this country would even be acknowledged in a Census count.

Already, we go uncounted in so many ways. In Puerto Rico, the deaths of our people are not even counted. In fact, the Governor’s texts described dead bodies as “food for crows.” There’s a culture of not counting people. By ignoring our existence, the government is able to provide fewer resources for our kids.

When a person’s own government turns against them, we are left to ask ourselves the question: who is leading us?

We in the United States are not exempt from this question.

Recently, I’ve wondered whether the entire Census 2020 debacle has already had its intended effect. Are my undocumented neighbors in Washington Heights now so fearful of the Census that they’ll shy away from participating in it? For these members of my community—who work hard every day, who pay taxes, who patronize our beloved small businesses on 181st Street, who send their kids to our schools—has the damage already been done?

What’s making these protests in Puerto Rico so special is how people are united and are using their voices to showcase a vibrancy and resilience that lives deep within each of us.

Whether I am here or there, I am always living into the identity of who I am as a proud Afro-Latinx Puerto Rican woman by serving my people, and by being for my people. And in the midst of so much turmoil, when we see a growing void of leadership in San Juan and in Washington, D.C., we also see proud Boricuas ushering in a new day of hope for the future.

Rising from the margins, we are making ourselves visible and demanding to be seen. We are pushing back against corruption, racism and unjust laws. While the rest of the world looks on, we are fighting for our humanity.

We can no longer wait on others to lead us; we must show ourselves the way.

Rev. Dr. Damaris D. Whittaker is a United Church of Christ (UCC) minister. She has a spirit-led style of preaching and leads worship services that are reflective of the cultural diversity of her congregations. She serves as Senior Pastor at Ft. Washington Collegiate Church in Washington Heights. For more, please visit fortwashingtonchurch.org. 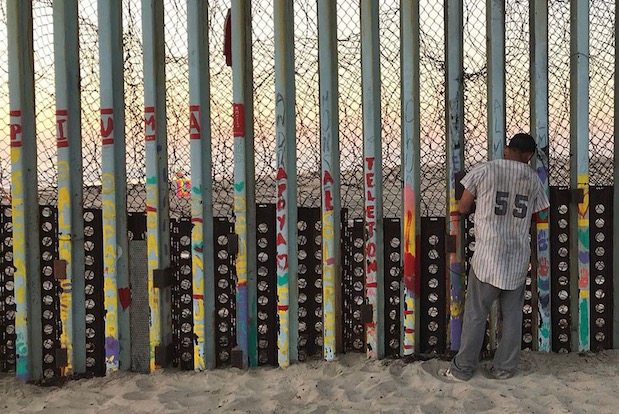