The Pining of El Piragüero

The award-winning artist and uptown native is eager for Northern Manhattan residents to see the film version of his musical In The Heights. Slated for release next summer by Warner Bros. Pictures, the movie was filmed this summer in Washington Heights.

Speaking to Manhattan Times at the United Palace on October 17, Miranda, who will play the role of El Piragüero in the film version, expressed excitement about viewing a post-production version of the film with Quiara Alegría Hudes, who co-wrote the story and the music.

“Quiara and I go see a rough cut tomorrow morning,” he said. “The trailer will hopefully be ready by the beginning of next year, because we come out in June.”

Miranda said his goal is to premiere the film in Washington Heights, and remarked that he was proud to hold the production in the neighborhood and help support the local economy.

“The goal was not only to capture the soul of our neighborhood, but leave it better than we found it,” he added.

Earlier that day, at 809 Restaurant on Dyckman Street, Miranda and Hudes were present at a luncheon hosted by Warner Bros. to thank local community groups with helping to support the film.

“When I started writing In The Heights with Lin back in the day, to me it was the story of a family. And not just a family by blood, a family by choice and by necessity and by zip code, and that’s what this room represents,” Hudes said.

The In The Heights production was responsible for spending about one million dollars in the local community, said Karla Sayles, Director of Public Affairs at Warner Bros. Entertainment. This included about $65,000 paid to local restaurants for lunches for cast and crew, and about $230,000 to local hires working on the movie.

“It goes to show the impact that one production can have on a community,” said Sayles.

Miranda recalled the experience of filming on the streets in full view of neighborhood residents.

“It was great to see neighbors coming and bringing us food, neighbors saying ‘Thank you for doing this,'” he remarked. “Often, I would come to the set I couldn’t tell who were our background extras and who were just neighborhood residents. We made this movie in public. It was very rewarding.”

Miranda noted that the uptown neighborhoods referenced in the musical are ever-changing, with new waves of residents altering the streetscapes, businesses and community spaces that seem so familiar now.

The film, he argued, “immortalized” what exists now for generations to come.

He also cited a scene filmed at Highbridge Park pool — for the musical number “96,000” — done with 500 extras, as one of his favorite parts of the production.

One of the difficulties of filming was the temporary disarray caused by the production’s vehicles taking up swaths of street parking uptown, Miranda said.

“The challenge when you film anywhere on location in New York is, ‘Hey, we’re going to [screw] up your parking for a bit,’” he laughed. “I was very active in saying, your parking is going to be tougher, but your block is going to be immortalized and that’s forever. For an inconvenience of a day or a week, it’ll be worth it.”

“We had students who appeared as extras, and our teaching aides were part of it,” Lora said. “Being able to give that experience to our young people was a great thing.”

In June, students from George Washington Educational Campus in Washington Heights put on a performance of In the Heights, and they received a surprise visit from Miranda. He jumped onstage during the curtain call of the show, which was performed at the school where he took his SATs as a young man.

“It was amazing. It was like a dream come true,” said Zulaika Velázquez, who directed the high school performance. “My students couldn’t believe it.”

Velázquez said the success of the immigrant-driven story In The Heights, and that of local boy Miranda, serves as an example to young students of what they can achieve.

“For my students, it’s important to understand that they do have a voice. It’s important for them to see what’s possible,” she stated. Her students, many of whom are from immigrant families, have long connected with the musical, and held a party to celebrate the show’s Tony success in 2008.

“What In The Heights was able to prove is that when we come together, our collective voice is strong,” she added. “Immigrants contribute so much to the fabric of our society and the kids were able to connect with that.”

Miranda said he is still awed by the process of creating the film in his own neighborhood.

“The part that you can’t imagine coming true, when you write about a neighborhood with love and with honesty as we tried to do 11 years ago, is to actually put those songs and those scenes on the streets that they’re about.”

For now, Miranda is counting the days until the film’s debut.

“You’re going to be so proud,” he promised. “All we ever wanted was to make this neighborhood proud.” 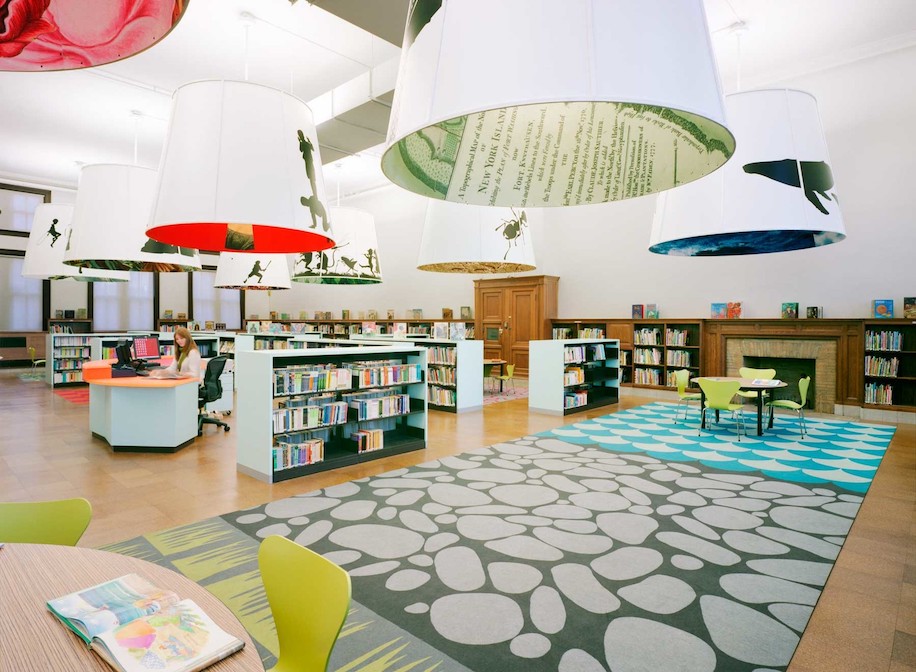