As the mother of six children, Teresita Rueda has been to many graduations.

But on Sat., Apr.27th, it was her daughter, Ednita Aucancela, that sat in the audience and attended a ceremony for her mother.

“It’s never been at a graduation for my mom,” said Ednita, a shy middle schooler who attends MS 319.

On Saturday, PS 4 hosted a graduation for parents throughout School District 6 who had taken part in and completed classes offered to them as part of their schools’ Title I status. The classes ranged from knitting, candle-making, soap-making and cooking.

“It’s always important to learn new things,” said Rueda. “And I have to be a good example to my kids.”

Rueda felt she had been doing a good job so far, noting that her other five children are all professionals.

The graduation coincided with the Third Annual ELL Conference: From Birth to College: Strategies for Parents of English Language Learners (ELL’s).

The conference was organized by District 6’s Community Education Council.

Parents enjoyed in-depth discussions about bilingual education and saving for college, as well as a talk from Mariann Goris.

Goris is a working mother who, at age 45, got her bachelor’s degree from Lehman College. She is now working on her master’s degree in Philadelphia, where she lives now.

Goris, a mother of three, worked in a factory in New Jersey for 12 years after moving to the United States from the Dominican Republic, where she studied journalism.

But in the factory, she spent her time applying labels to bottles.

She wanted more – and her dissatisfaction grew.

“[One day], my boss screamed at me in front of everyone. I asked myself, ‘Is this what I sacrificed everything to come to this land for?’”

So Goris made the great leap and went to college, first earning her associate’s degree at Hostos Community College.

“It is hard, but I think about my children,” she explained of her career path.

“And now, I have my own house and car,” she smiled, as she listed just a few of her accomplishments since setting out her new path.

She works in the Philadelphia Department of Education as a social worker.

On Saturday, she told the graduates that these classes were just the beginning.

And she encouraged their efforts by noting that it was never too late to go to school.

Moreover, she said, skill-building was not just a good experience for parents, but for their children, too.

“It’s motivating for them. They know that if we can succeed, they can, too.”

Beyond her degrees, Goris has also published her first book, La Mascara de la Amante (The Mask of the Mistress) in Spanish.

The classes had been met with enthusiasm.

“[The parents] were excited. They were like, ‘When am I ever going to learn how to do this?’” said Wallesca López, the Vice President of the PTA of PS 4, where her two children are enrolled.

She was also a graduate.

Their wares and work—including intricately designed candles and knit hats—were on display in the school gymnasium.

While parents dazzled with newfound arts and craft skills, local students also got to show off their talents.

The IS 153 band offered jazz with a Latin beat that got parents swaying to the music, as did the IS 52 Tigers band. Performing also were dancers from IS 528.

The day proved an informative experience for parents like Keylis Sánchez, whose twin boys are in fourth grade. Sánchez paid close attention to a discussion on college, which detailed the college application process, the difference between public and private colleges, as well as financing options.

“My nephew is going to college. His parents have been taking him on a lot of visits,” said Sánchez, who has already started saving money for her own sons’ college experience.

Tatiana Mahoney, of the English Language Learners Committee of the Community Education Council, was a major organizing force behind the conference.

“This is a moment we can celebrate our parents and encourage them to be role models,” she said.

Mahoney said that immigrant parents who are newly initiated into the school system might not always be aware of all the options that are available for their children as far as English Language Learning, or that college, something that seems so distant in the future, is something that they can start preparing for now.

“We wanted to make sure we provided information to parents—a roadmap so they know what steps they need to follow early on.”

For more information on the work of the Community Education Council in District 6, please visit its Facebook page at www.facebook.com/CommunityEducationCouncil6.

Just A Dream comes to Cornerstone 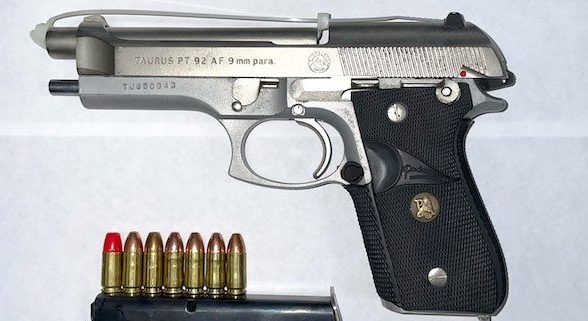 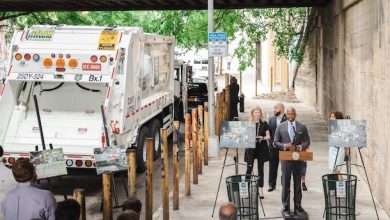