Story and photos from Gregg McQueen

The fleet is finally here.

On September 27, Greyhound started running daily trips to Boston, Philadelphia and Washington, D.C. from the remodeled Washington Heights terminal, which opened in May after extensive delays.

Service to additional destinations is planned for the near future, according to Greyhound Chief Operating Officer Bill Blankenship, who visited the terminal along with local lawmakers and Port Authority representatives to witness the first Greyhound buses depart the facility.

Blankenship called the revamped bus station “a first-class transportation hub in the Washington Heights community” and said the company would add 75 brand-new buses to the New York market, all equipped with free Wi-Fi, individual AC outlets and extra legroom.

“These buses have more legroom than most airplanes,” he said.

Blankenship added that the new buses would be equipped with on-board entertainment systems, “so customers can stream movies, watch TV shows, play games, surf the web, all for free.”

Councilmember Ydanis Rodríguez, who lobbied for Greyhound to run bus routes from the station, praised the carrier for committing to Northern Manhattan. He said uptown residents would appreciate not having to journey to the Port Authority Bus Terminal on 42nd Street to catch buses to other major cities.

“I think this is a beginning of where we’re going as an area,” Rodríguez said. “We can lift up more working class communities to be middle class.”

“Being able to celebrate the reopening of this bus terminal represents a new beginning for our community,” said State Assemblymember Carmen De La Rosa, a Washington Heights native. “We know that the service that our community deserves is going to be living here at this terminal.”

Diannae Ehler, Director of Tunnels, Bridge and Terminals for the Port Authority, said redeveloping the terminal was a “long and challenging project” that was “worth the wait.”

“Today, we are celebrating new beginnings,” she remarked.

Ehler acknowledged community concerns over whether the terminal was bringing jobs to local residents as expected, and insisted her agency was focused on ensuring employment opportunities would be available at the site.

She said the Port Authority was planning a job fair at the station later this year, in partnership with the transportation carriers operating from the terminal.

“We understand how important good paying jobs are to the residents of the neighborhood, and we promise to do our part to help connect residents with jobs,” stated Ehler. “We’ll never stop working to make this facility the economic engine that it could be for this community and this neighborhood.”

Greyhound officials said the carrier would have immediate job openings at the terminal for ticket agents and passenger assistance representatives.

Ebenezer Smith, District Manager of Community Board 12, said it was “an achievement” to finally have the terminal remodeled, as the project was first proposed in 2008, and endured numerous delays after construction began in 2014.

“Little by little, we’ve achieved what should have been here years ago,” he remarked. “This area with the bus terminal is getting better.”

Smith said the improved amenities coming to the neighborhood meant community leaders must ensure that local residents can benefit and remain in the area.

“This prosperity can bring gentrification,” he warned.

Smith was optimistic that Greyhound would bring much-need employment to the area. “Greyhound has been working with us,” he said. “We have confidence they’ll do a good job.”

I am Paris, I am Ayotzinapa… 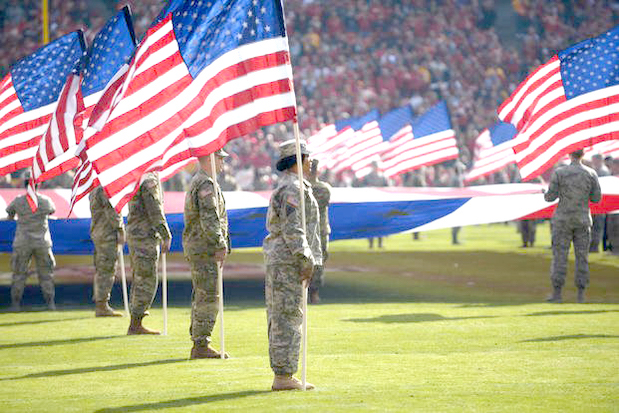