Vantage Properties has recently foreclosed on a sixteen buildings of their Washington Heights portfolio.

Organizers said the meeting was called in response to the growing concerns expressed by tenants regarding the future of their buildings and what the foreclosure will signify for them.

“We are here today to empower these tenants, listen to their concerns and to provide them with the necessary tools to ensure that their homes are not compromised,” explained Councilmember Rodriguez. “I am committed to [ensuring] that the best possible outcomes for these families is achieved.”

Many expressed confusion about who the new landlord was, who to send rent checks to, and the commitment of the new company to the community, as many said no one had introduced him or her self to tenants or community housing advocates.

Others reported receiving correspondence from several realty companies, with the signature of the same person; some said they had received notice that they had no security deposit on their record, after Vantage had assured them their deposit was in place.

Stephanie Rivera from 4101 Broadway wondered what housing designation she now would be assigned, as her apartment was originally not rented to her as a stabilized-rent unit.

Would that change, she asked. What were her rights as a tenant in a foreclosed building?

The confusion and frustration was palpable, and many spoke about whether it was time to consider exploring the potential for forming building cooperatives.

Tenants expressed specific uncertainty about the involvement of Lone Star Funds, a Texas based global investment firm that has purchased Vantage’s debt and about code violations that exist in the buildings.

“These tenants need services and top quality services for the money that they pay for rent and I want the Attorney General to look at this,” said State Senator Adriano Espaillat, who has fought against landlords in Washington Heights in the past.

State Senator Espaillat touted his record against Pinnacle and Vantage property owners, reminding tenants that he involved then-Attorney General Andrew Cuomo, whose office ultimately fined the landlords over $1 million for their bad practices.

“Vantage is a company that mistreats their residents,” said Peña. “We need to all come together in a single association to defend our housing.”

For his part, Councilmember Rodriguez said he wanted to focus on ensuring that the lines of communication between tenants and elected officials and community leaders were open.

“We want clarity on the transition of ownership of those buildings,” said Councilmember Rodriguez. “We want tenants to know that they are protected by their rights.”

Ensuring the orderly and transparent transition of tenant records is something that Community League of the Heights (CLOTH) has focused on, as it explore what possibilities exist for tenants to organize.

“We have been working to gather information and make sure we know where the portfolio is,” said Yvonne Stennett, Executive Director of CLOTH. “We are doing research and once we figure out how everything is worked, we will distribute how the organizing piece will go. It’s a lot for them to take on by themselves.”

The Housing Preservation Department (HPD) has also been involved to ensure that buildings maintain a healthy and satisfactory quality of living for tenants.

“We make sure that conditions are maintained and that when a new owner comes in the same maintenance happens or even makes repairs,” said Vito Mustaciuolo HPD Deputy Commissioner.

“Housing issues is my passion,” he said. “No one is going to get us out of here; this is our neighborhood.”

From NYCHA to NASA
De NYCHA a la NASA 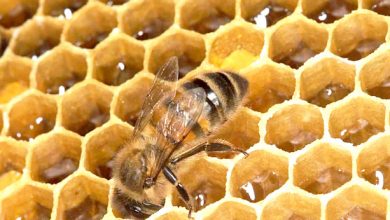