From sixth through twelfth grade, my school locker was adjacent to “Greg P.” He was smart, talented and going places. As a university student, he contracted HIV. It was early in the epidemic, and he died before our five-year high school reunion. I imagine that the course of his life would be different today.

December is HIV/AIDS Awareness Month, as kicked off with World AIDS Day on the first. The month offers “an opportunity for people worldwide to unite in the fight against HIV, to show support for people living with HIV, and to commemorate those who have died from an AIDS-related illness.”

The story of HIV/AIDS has points of connection and intersection with the world of mental health in terms of risk, advances, and enduring challenges. HIV/AIDS increases risk for certain mental health conditions. People living with HIV have a higher risk for developing mood, anxiety, and cognitive disorders. Depression is especially common. Comorbid mental health conditions can emerge as a result of the chronic stress associated with living with HIV. Additional factors that increase risk for mental health problems include social isolation, stress associated with the disclosure of HIV status, increased exposure to loss of relationships and death of loved ones due to AIDS, and the profound consequences of the stigma and discrimination associated with HIV/AIDS. HIV and related infections also directly affect the brain and the rest of the nervous system, changing how a person thinks and behaves. And some medications used to treat HIV can have side effects that affect a person’s mental health.

Stigma interferes with treatment. The story is the same for HIV and for mental illness. When health conditions are stigmatized, accessing and sustaining care is challenging, if not impossible. In the case of HIV, stigma is associated with diminished engagement in voluntary counseling and testing, less likelihood to disclose HIV status, and general misinformation about HIV risk and transmission. Early in the history of the HIV/AIDS epidemic, Jonathan Mann, former head of the World Health Organization’s Global Program on AIDS, identified stigma as the “third epidemic.” It was already apparent that stigma, discrimination, blame, and denial would be among the most difficult aspects of HIV/AIDS to address. Tremendous progress has been made combating stigma associated with mental illness and HIV/AIDS, but we still have a long way to go.

Tremendous Strides. We have made great advances in the prevention, diagnosis, treatment, and care for HIV. According to the UNAIDS Fact Sheet, AIDS-related mortality has declined by 53% among women and girls and by 41% among men and boys since 2010. In the absence of a cure, HIV infection has become a manageable chronic health condition, and people living with HIV can lead long and healthy lives – if they have the access and support needed. The same is true for serious mental illnesses like schizophrenia and bipolar disorder, for which cures have yet to be realized. While basic science perseveres in seeking cures, there is much that can be achieved in terms of enhancing quality of life for individuals living with mental illness and HIV.

Health disparities are dramatic. The theme for this year’s World AIDS Day was “End inequalities. End AIDS.” Programs around the world highlighted the growing inequalities in access to services and placed special focus on reaching the people left behind who are currently not receiving essential HIV treatment and care. Progress and advancement in combating the transmission of HIV and provision of its treatment to those infected is highly uneven on a global basis. There were an estimated 37.7 million [30.2–45.1 million] people living with HIV at the end of 2020, over two-thirds of whom (25.4 million) are in Africa. The issue of inequitable access to care is also a central theme in the world of mental health.

The history of the HIV/AIDS epidemic is an epic tale of scientific advances and human resilience. It is also a story of pervasive and persistent stigma, discrimination, and disparities based on race, sexual orientation, and socioeconomic status – factors that make prevention and care for HIV/AIDS – as well as mental illness – all the more challenging. Let us stay the course. 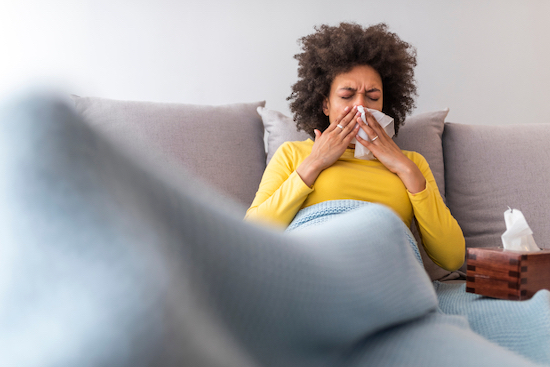