Speak Up Speak Out

Invoke radical change by speaking up.

That is the philosophy behind Speak Up Speak Out, a campaign to raise awareness of the issues surrounding domestic violence. Students, staff and faculty at City College of New York (CCNY) are invited to have their photo taken to underscore that domestic violence can happen to anyone.

The photos will be taken on campus during the week of October 21st. The resulting photos will be on display as part of CCNY’s “16 Days against Gender Violence.”

Gargi Padki, the campaign’s organizer, said one of the ideas behind the campus-wide photo shoot and exhibit is everyone can create change.

Padki, a CCNY Macaulay Honors College junior and Colin Powell Community Engagement Fellow, said the photos make the issue personal. The photos also serve as a reminder that people have power to get involved and the potential to change an outcome.

“This is something where you can really directly and radically change someone’s situation by speaking up and speaking out,” she said.

Padki worked at a women’s center in high school and was also a domestic violence hotline counselor. “The more I learned about the issue, the more interested I was,” she said. “It’s a human rights issue and it’s something that’s always been on my mind.”

She recalled a recent NYC.gov photo campaign raising domestic violence awareness. It portrayed women with visible signs of abuse. The women were sad, alone, and scared, she said. “All of these women were isolated,” she said.

While it portrayed an important aspect of domestic violence, Padki said she felt that the campaign was essentially one-dimensional, as it basically put the burden on the survivor and not on society.

“Domestic violence is a public health issue,” she said.

Many batterers are themselves survivors of child abuse. They grew up in violent homes and learned abusive behaviors.

“It’s about cycles of violence and it’s something you can address as a public health issue,” she said.

Padki says that the show is designed to show solidarity with domestic violence survivors and help them realize they are not alone.

“You are never alone,” she said. “If you want to change your situation there is always someone who will be there to help you.”

To find out more about Speak Up Speak Out, please visit www.projectspeakupspeakout.wordpress.com.

Answers to the Most Common Health Care Reform Questions 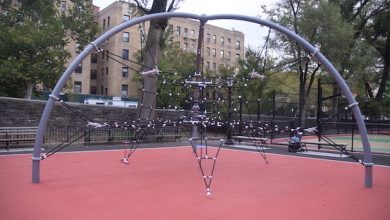