The Albion Correctional Facility is one of several state facilities exclusively for women in New York State. While an inmate there, Regina Wyley spent 90 days in solitary confinement.

“It was brutal,” she recalled.

The isolation was punishment for getting into a fight with an inmate. It was 1991, but the experience – and its memory – has remained with her long after her release.

It generated confusion and hallucinations.

“I thought I was in a cloud,” she said. “I didn’t know where I was. There were times when I saw shadows.”

Wyley took part this past Wed., Sept, 23rd in a rally organized by the Campaign for Alternatives to Isolated Confinement (CAIC), comprised of formerly and currently incarcerated individuals, their families and friends, members of human rights organizations, among others – to demand that Governor Andrew Cuomo and the state legislature pass the Human Alternative to Long Term (HALT) Solitary Confinement Act.

The proposed legislation would significantly lessen the amount of time an inmate can be placed in solitary confinement, and, in some instances, ban its use altogether.

The rally was held at the intersection of White Plains Road and Gun Hill Road.

It was the third protest held so far by the Harlem-based CAIC.

The date of the 23rd is a deliberate choice by organizers, who seek to highlight the 23 hours every day on average that an inmate spends in solitary confinement and away from the general prison population. Further rallies are planned for the 23rd of every month going forward.

On Wednesday, protestors argued that the practice of enforcing discipline with long periods in solitary confinement was counter-productive, as no rehabilitative activity or meaningful programming is provided.

Scott Paltrowitz is the Associate Director of the Correctional Association of New York (CA).  The non-profit organization, which was granted the authority to inspect state prisons in 1846, advocates for a more humane criminal justice system.

The practice of placing prisoners in solitary confinement, said Paltrowitz, was being abused in New York, which employs the exercise at rates above the national average.

“It is torture,” he said. He argued that more than 15 consecutive days in solitary confinement could cause psychological damage. “Violent inmates can be separated from the general population without having to endure extreme isolation.”

New York State law does not currently place a specific limit on the total amount of time an inmate may spend in isolation. CAIC has estimated that approximately 4,500 people are in solitary confinement in New York’s prisons and jails on any given day. Some, asserts CAIC, are confined for months and even years with minimal interaction with others.

HALT, which is co-sponsored by Assemblymember Luis Sepulveda, proposes to create alternative programs for challenging inmates, and seeks to limit isolated confinement to 15 consecutive days and 20 days total within a 60-day interval. In addition, the bill would prohibit members of certain groups considered vulnerable – such as the young, the elderly, pregnant women, people with physical or mental disabilities or impairments – to spend even a single day in solitary confinement.

“Nobody deserves that kind of treatment. If you have mental problems, [isolation] could last forever,” said activist Derick Roberts. “People need treatment, not solitary confinement.”

The repercussions, insist advocates, are felt long after release.

Beyond the challenges faced by all inmates upon reentry into society, those subjected to long stays in solitary face additional struggles establishing and maintaining relationships.

Anthony Lamar Davis, whose story was cited at the rally, has spent over a decade in solitary confinement in several prisons.

Repeatedly being in and out of isolation has created a vicious cycle within which he feels trapped.

“For every time that I have been subjected to extreme isolation, my mental health deteriorated upon my release back into general population, and the more I am subjected to that type of inhumane torture, the worse I become,” wrote Davis, whose letter was distributed.

He is currently an inmate at the Green Haven Correctional Facility, a maximum security prison whose inmates have included Lucky Luciano and John Gotti.

“The extreme sensitivity that I have been experiencing as a result of being isolated for substantial amounts of time has increased my rage,” he observed. “I often find myself wanting to hurt people for minor things.”

It is an anger with which Wyley says she is able to relate.

When she came out of isolation, it was hard to adjust. She was bellicose and full of hatred.

The formerly incarcerated are not the only ones affected.

The facility is where Kalief Browder, then a 16-year-old sophomore, was detained for three years without facing trial, for a robbery he said he did not commit. During his time at Rikers, Browder was placed in solitary confinement for long periods. He was released in 2013 after the charges against him were dropped.

“Prior to going to jail, I never had any mental illnesses,” Browder said in an interview a few months after his release. “I never tried to hurt myself. I never tried to kill myself. I never had any thoughts like that. I had stressful times prior to going to jail, but not like during jail. That was the worst experience that I ever went through in my whole life.”

Just after turning 22, Browder killed himself at his family’s home in the Bronx.

Guillet said the change in her brother’s behavior since his own stay at Rikers has been dramatic.

“Right now, he is not there. I feel like I am talking to a wall,” she said. “It is like he is talking to himself. He is no longer alright.”

Redress for Right of Way

The Phoenix rises at Saint John the Divine 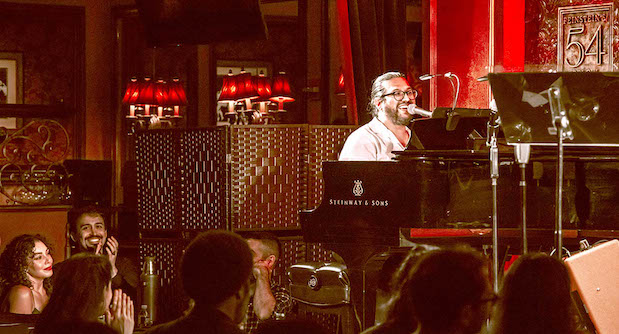