Story and photos by Sandra E. García and Adrian Cabreja

At a public meeting held this past Fri., July 27th, Deputy Inspector Barry Buzzetti, the Commanding Officer of the 34th Precinct, spoke to approximately 100 residents who voiced concerns about violent crimes in the area.

Buzzetti insisted that despite the perception that crime was on the increase, it had, in fact, decreased by nearly 15 percent in the past year.

Still, he agreed that there was work to be done.

“The 34th Precinct is accomplished and experienced,” he said during the evening meeting at the Northeastern Academy on West 215th Street. “We are still working on improving our delivery of services.”

Buzzetti also gave voice to a new plan of action for what he said was a perennial topic every summer: the noise from increased vehicular traffic, particularly motorcycles, on Dyckman Street.  He said the new strategy would focus on ticketing rather than confiscations.

Buzzetti said that the prior emphasis on confiscating motorcycles had done little to deter those violating traffic laws.

“I will send officers with specific directions to give summons to motorcycle riders who are violating traffic laws. These violations are usually the parking of motorcycles on sidewalks. That is a 100 dollar summons. My hope is to reduce the number of spectators and therefore reduce the concentration of motor cycles,” said Buzzetti.

Buzzetti also encouraged the Inwood community to join the local foot patrol, particularly during a time were the city is facing budget problems which, he argued, make it nearly impossible to increase police presence anywhere in the city.

The Northern Manhattan Civilian Observation Patrol (NMCOP), which conducted its first walking tour this past week, has been trained by the 34th Precinct. It is seeking volunteers and will look to establish a weekly schedule in August.

“Our police department is working with finite resources,” said Buzzetti.

He made sure to caution that participants would need to adhere to policies and procedures set up by the precinct.

“We are asking that anyone who joins this force do nothing more than call 911 if they see something. Residents need to understand that foot patrols are effective if someone is present. Criminals are going to go somewhere else,” said Buzzetti. “Those who decided to join a foot patrol in the community will be trained by my department.”

For more information on joining The Northern Manhattan Civilian Observation Patrol (NMCOP), residents can send e-mail message to civilianobservationpatrol@gmail.com or call the 34th Police Precinct at 212.927.9711. 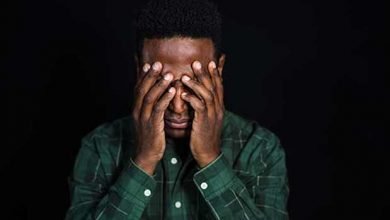