Fifty years after Stonewall, an estimated 4.5 million people came to New York City for International Pride this past weekend, we have effective treatment for HIV, and same sex marriage is legal in the United States and in thirty other countries around the world.

A lot has changed in fifty years.
Yet we still have a lot to learn about the mental health of LGBTQ+ people and what LGBTQ+ communities can teach us about improving mental health care.

1. LGBTQ+ individuals are at higher risk for mental conditions. Around the globe, LGBTQ+ people have higher rates of mental ill health than the general population. In the United States, lesbian, gay, or bisexual-identifying high school students are five times more likely to attempt suicide, and transgender adults are twelve times more likely to have considered suicide in the last year. For too long, these data were interpreted to mean that there is something inherently disordered about being LGBTQ+. But more detailed research makes it clear that social stigma, discrimination, and barriers to accessing healthcare are what put LGBTQ+ individuals at higher risk for mental health conditions.
‎

2. Non-conforming gender identity and sexual orientation are not mental health disorders. It is important to reiterate that although the risk for mental health conditions is higher among LGBTQ+ individuals, non-conforming gender identity and sexual orientation are not mental disorders. As I’ve written about over the past few months, the World Health Organization’s ICD-11 removed “gender identity disorder” from the mental health section. Instead, the ICD-11 has moved what is now called Gender Incongruence (when one’s gender identity and the gender they wish to be treated as do not match the sex they were assigned at birth) to a separate chapter on sexual health. Gender Incongruence remains in the ICD-11 to facilitate appropriate access to healthcare that may be associated with this diagnosis.

3. The 1969 Stonewall uprising and its LGBTQ+ leaders can teach us about effective models of community mental health care. This year marks the 50th anniversary of the Stonewall riot, an uprising against police brutality that took place at Stonewall Inn in Greenwich Village. The riot was largely catalyzed by trans and gender-nonconforming people of color and women, and it was a watershed moment that galvanized the LGBTQ+ rights movement. Sylvia Rivera and Marsha P. Johnson, both trans women of color activists, were critical leaders who co-founded the Street Transvestite Action Revolutionaries (STAR), a group which provided housing and social support to homeless queer youth and sex workers in New York. Alternative community structures such as this, community centers, and community health services are critical to supporting the mental health of LGBTQ+ people. The truth is that community and connection are foundational and life-saving for all of us. What the LGBTQ+ community did in the sixties by constructing safe and supportive environments for individuals to find purpose and social connection is what we are fighting to establish for individuals with serious and persistent mental illness today.

4. Choose our words carefully. Variation in gender and sexuality forces us to rethink how we talk about gender and sexuality. Likewise, in mental health, the language we use can be helpful or harmful. LGBTQ+ people are not only LGBTQ+. Similarly, individuals with depression, bipolar disorder, schizophrenia, or another mental health condition are more than their diagnosis. Used correctly, mental health diagnoses help individuals understand their experience and help them secure care they need (often because insurance coverage requires a clinician’s diagnosis).
In this vein, it is useful to apply a queer lens to re-examine the language we use around mental health. Resist using labels to classify people. Just as it is no longer acceptable to call someone “a homosexual” or “a queer” in the noun form-instead we say gay man, a queer young person-we should not use language like “a schizophrenic” or “a manic depressive” or refer to people as their disorders. We can employ less stigmatizing terms as descriptors (i.e. a woman with depression; a child with anxiety), rather than identifiers. ‎

5. Be a thoughtful ally. In many parts of the world, stigma against LGBTQ+ people is deadly. Fourteen countries have a death penalty for homosexuality and only thirty countries recognize same-sex marriage. Things are a lot better than in 1969, but we have a long way to go. When individuals are part of communities that are marginalized, their mental health is put at risk. As a consequence, never assume that if someone comes out to you, that they are safe or comfortable with outness in the wider community. Outing someone without their permission could have severe implications for mental health, safety, wellbeing. The American Psychological Association (APA) 2017 guidelines provide a sociocultural framework for mental health service providers to raise their cultural competence and better serve the LGBTQ+ community.

As we celebrate Pride 2019, we look back and take time to honor the leaders of Stonewall. We also look forward and celebrate the strength of the LGBTQ+ community and its allies in shaping a more just world.

If You Build It
Si lo construyes 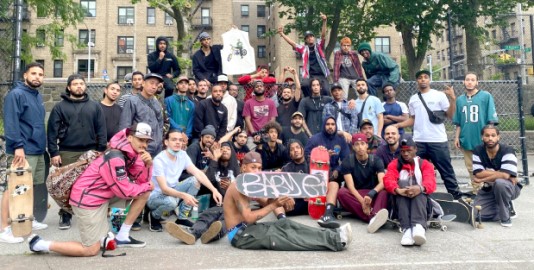