Parking Uptown? Time to Pay Up

Whether it’s Washington Heights or East Harlem, the working families living in Northern Manhattan are already facing a suffocating traffic congestion crisis that is hurting our economy, threatening the safety of pedestrians and cyclists, and poses a danger to our environment.

We are also increasingly faced with the added crowding and congestion from the suburban commuters who drive into the city each day, leave their cars parked on our local streets and then transfer to the subway. This problem will only get worse when congestion pricing is implemented below 60th Street.

It’s time to put an end to this.

I have teamed up with Manhattan Council Members Helen Rosenthal, Keith Powers and Diana Ayala to introduce legislation that would address this problem by requiring the New York City Department of Transportation (DOT) to create and implement a residential parking permit system in Northern Manhattan, covering all areas north of 60th Street through Inwood.

Under the proposed law, DOT would be able to reserve up to 80% of parking spaces on designated residential blocks for the families and workers who live in the area for a registration fee, leaving the remaining spots for non-residents. The legislation also specifies that no residential parking would be implemented on streets zoned for commercial or retail use.

This residential parking permit plan would discourage suburban commuters from filling up limited parking spots. Additionally, my co-sponsors and I are calling for new protections, including the assurance that permits are only issued to people holding New York State driver’s licenses and the guarantee that permits are attached to specific license plate numbers.

In other major cities across the country residential parking permit programs have had success in preventing suburban drivers from dumping their cars on urban streets while they are at work.

And for the suburbanite drivers who are clogging up our roads: I highly recommend that you consider taking mass transit, hitch a ride with a friend and if all else fails, pay for a parking spot in a garage like everyone else. 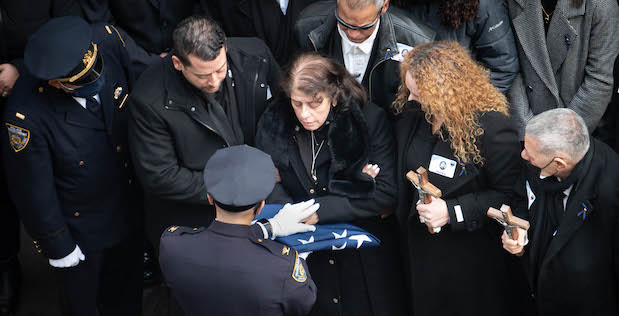 From a fall, rising into her own
De una caída, levantándose sola