On strings in Little Red’s Hood

In a new rendition of Little Red Riding Hood, Wulfric the Wolf isn’t hungry for flesh, but for cupcakes, which the title character Little Red happens to be taking to her Grandmother’s house in the countryside.

Little Red’s Hood, the new version of the timeless classic, is intended to offer an important lesson to viewers both young and old.

Tech-savvy Little Red travels from New York City to her Grandpa’s house in the country.

Instead of a cape, this modern Little Red wears a hoodie and wields a smartphone, and is afflicted with an addiction to social media.

And while there are no lumberjacks, Little Red does get help from her GPS, a group of construction workers, and a squirrel, but nearly loses her batch of cupcakes several times because she can’t keep her eyes off her phone.

While there are many adjustments to the original, a few things remain the same: misunderstood Wulfric the Wolf does try on Grandma’s clothes, and everyone lives happily ever after.

The CityParks PuppetMobile is the oldest continually operating company of its kind in the country, which presents free performances and puppet-making workshops in neighborhood parks, recreation centers and schools throughout New York City.

This past Mon., July 29th, the marionettes and puppeteers rolled into J. Hood Wright Park in the PuppetMobile. Approximately 200 children took a break from swinging, sliding and prancing in the sprinklers to watch the show.

Though the original unfolds in a sylvan setting, Little Red’s Hood incorporates city phenomena like construction sites, trash cans and even a City University of New York student.

Catherine Greene brought her daughters, Helen, 3, and Elizabeth, 1, to see the act.

Elizabeth observed the crowd from her carrier, but Helen watched the play with great interest.

“She loved the music, and had fun recognizing stuff from the city,” said Greene.

“I thought it was cute,” she added.

Anny Campechano brings her grandchildren and a handful of their friends to J. Hood Wright Park every day, and has a profound appreciation for the kind of programming offered. So far this summer, her grandchildren, Ethan and Aiden Vidal, have enjoyed movies, juggling, and now marionettes.

“This summer has been very good,” she said.

The message of Little Red’s Hood was not lost on the young audience, as many of the children offered insight on their parents’ phone usage.

“My mom uses it (her phone) at night, in the morning and in the afternoon,” observed Abigail Henríquez, 6, who came to the park with Campechano.

“We are on our phones too much,” agreed Kevin White.

White was not a child in the audience—he was one of the four puppeteers that helped the story unfold. He has been puppeteering since 1992.

He liked the new take on the story.

“It’s modern,” he said. “It’s good that the kids have something on their level to relate to.”

Why I Am Running
Porqué me estoy postulando 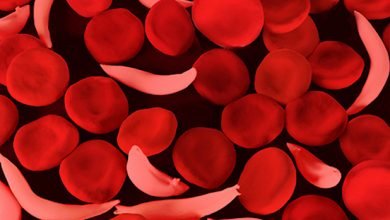