“Marching was an act of healing”

Among the many colorful floats, dancers and elected officials making their way along Sixth Avenue this past Sun., Aug. 9th was a small contingent of about 30 university students, educators and community members.

They carried a simple white banner that read “We Are All Dominicans, Somos Todos Dominicanos.”

It was a fitting declaration at the largest celebration of Dominican and Dominican-American heritage.

But the group, which bills itself “We are All Dominican” (WAAD), sought not only to assert pride, but also to raise awareness on an socio-political and cultural issue that has roiled members of the Dominican and Haitian community – as noted by the banner’s blue and red lettering “No Mas Deportaciones” and “No More Deportations”.

The neighboring countries share the Caribbean island of Hispaniola, and have been immersed in a centuries-long, complicated dialogue on race, nationalism, migration, and identity.

Dominican President Danilo Medina also issued an executive order for “regularization,” an amnesty program allowing Dominicans without legal residency to apply for legal status. Migrants were required to register by June 17, 2015 or face deportation, sparking concerns that mass removal of migrants and families were imminent.

The decisions were met swiftly with international criticism.

The Dominican government has been accused of discriminating against Haitian migrants who cross the border for work and seeking to denationalize hundreds of thousands Dominicans of Haitian descent who have long lived in the Dominican Republic without legal residency.

The regularization process thus far has seen only 290,000 of the estimated 450,000 eligible individuals file with the government.

While reports indicate that mass deportations have not taken place, human rights activists insist that they will remain vigilant, and they have urged supporters to continue to apply pressure on the Dominican government to reverse course.

The U.S. State Department estimates that 10,000 to 20,000 children of Haitian descent are born each year in the Dominican Republic.

The Dominican government has denied that there is a human rights crisis.

It insists that its new policies are not motivated by race, but by the need to regulate the influx of foreign nationals and migrants.

We spoke with the members of the We Are All Dominican group that marched in Sunday’s parade.

Why was the parade an important occasion in which to participate?

We participated in the parade as an expression of solidarity with our Dominican brothers and sisters of Haitian descent who have been stripped of their citizenship and face the threat of expulsion.

[We marched to demonstrate] the rich diversity of the Dominican people, particularly our Afro-Dominican heritage, and as an affirmation that Black Lives Matter in the U.S., in the Dominican Republic, and around the world. We marched for our vision for a more inclusive Dominican society, one that does not marginalize and disenfranchise its most vulnerable citizens.

Marching was an act of healing.

As Dominican-Americans, we must make a greater effort to engage in dialogue with our families, friends, co-workers to discuss the commonalities between the Dominican government’s discriminatory immigration and citizenship policies and the structural racism faced by black and brown communities in the United States. We must continually ask ourselves how we can continue to build and heal within our communities.

How did you choose the figures to highlight?

We chose to commemorate heroines such as human rights activist Sonia Pierre and rural farmers’ leader Mamá Tingó, as well as state leader Gregorio Luperón and soldier and constitutionalist Francisco Caamaño Deñó, because they represent diverse Dominicans who dedicated their lives for a better and more just Dominican Republic.

What was the response of the crowd?

When we put out the call for a contingent in solidarity with Dominicans of Haitian descent and Haitian immigrants for the Dominican Day Parade in New York City, we did not know what to expect. The thought of being surrounded by thousands of spectators, including many reactionary nationalists, was a bit frightening. But our community of artists, activists, clergy, allies, organizers and scholars rallied to ensure that the voices seeking justice for ALL Dominicans made an impact. The statement was clear – “No Deportations, Aquí o Allá!”

What did you feel was accomplished?

We connected our struggles as immigrants while simultaneously calling out the disgrace that is denationalization and expulsions. As our powerful contingent marched and danced to the roots rhythm of gaga/rara, we were met by cheers, some angry/sour faces, though not as many as we thought, and others who were silent and hopefully contemplating our messages. We shifted the energy along Sixth Avenue yesterday and it was not always comfortable, because healing work means facing our pain. [But] the discomfort is worth it and nothing compared to what Dominicans of Haitian descent and Haitian migrants being targeted face.

What are the next steps for the group?

We Are All Dominican will continue to carry out its advocacy and educational work in Dominican-American communities and would like to encourage people to become involved in the activities planned as part of our #DRSummerOfJustice. We urge all Dominican-Americans, particularly our elected representatives, to come together to hold the Dominican government accountable for years of egregious human rights violations against Dominicans of Haitian descent. 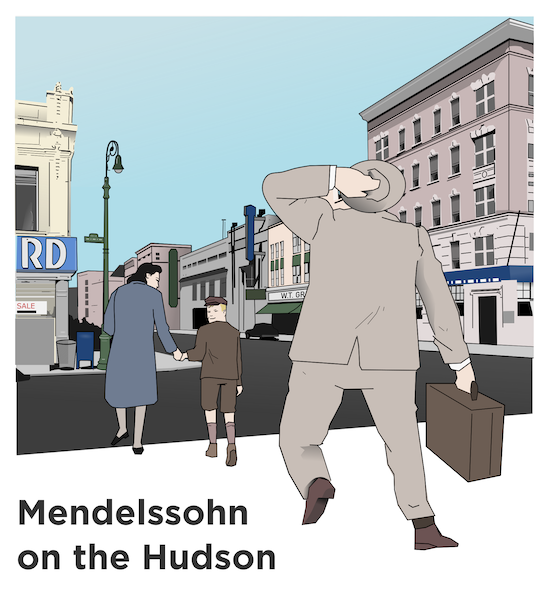 Steps to a story, path to a score
Pasos para una partitura